Home » County fairs: An American tradition for more than 2 centuries 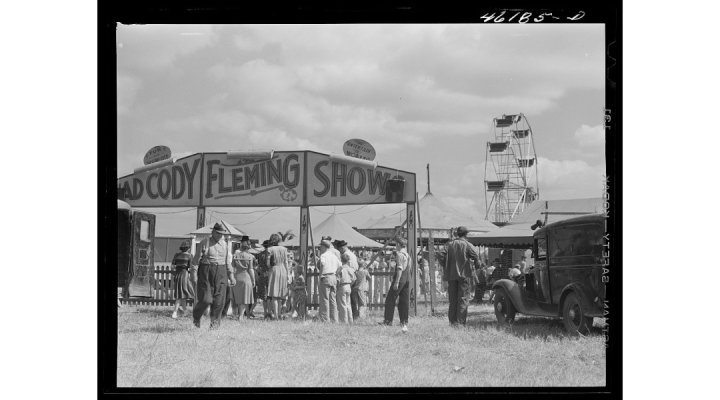 GREENWICH, N.Y. — It is fair season across the U.S.A.! Farmers are bringing the best of their best into the show ring and judging tent. County and state fairs have been an agricultural tradition in the United States for over 200 years.

Fairs trace their roots back to ancient times where they began as commercial events for traders to gather and sell their wares. The Book of Ezekiel in the Bible is one of the earliest sources that mentions what could be considered a fair. Eventually, fairs took on a religious aspect to them in which they would be large events where people would gather to worship in some form, as well as shop with the traders that would gather at these events. Ancient Rome and other ancient civilizations in the Middle East have evidence of these festivals. The word “fair” is believed to be derived from the Latin word feria meaning festival or holy day.1

This practice continued into Medieval times as fairs would take place on various Church holidays throughout the year. These fairs provided a break from everyday labor and an opportunity for merchants within and outside of a particular town or city to gather and do business. Fairs gave the attendees the opportunity to try and purchase agricultural products that were not always available to them such as spices and some kinds of fruit. Livestock sales and bartering would also go on at fairs. In addition to business, Medieval fairs offered various kinds of entertainment with music, dancing, magic, and plays depicting Bible stories.2

The earliest recorded fair in the Americas occurred in 1765 in Windsor, Nova Scotia. There was also a charter for one in York, Pennsylvania in the same year. Many small fairs took place throughout the 1700s in Canada.3

The county fair as we know it today began in 1811 and was started by a man named Elkanah Watson. Watson worked for many years in Albany, New York as a banker and businessman, but after retiring he moved to Pittsfield, Massachusetts where he raised Merino sheep on a farm. Looking to improve agricultural practices in the area Watson formed the Berkshire Agricultural Society. This group organized an annual exhibition and competition to showcase area farmers’ livestock. Farmers could earn a prize of $70 for the best oxen, cattle, sheep, and swine exhibits. Subsequent fairs included more competitions for field and orchard crops, home crafts, and other activities for all members of the family to enjoy. Watson continued to help form agricultural societies throughout the region with their own shows and by 1819 most counties in New England had a fair.4

The concept of the “county fair” spread throughout the East and Midwest for the remainder of the 19th century. As events developed more features were added such as food vendors, local merchants, games, baking contests, and horse races. However livestock shows and commodity competitions, along with agricultural education, remained the central focus of the fairs. Fairs became anticipated events and farm families would plan for months to take the time off to enjoy the fair. In 1841 the first state fair was held in Syracuse, New York; the event was very popular attracting 10,000-15,000 attendees.5 Its goal was to educate attendees on agriculture and it featured animal exhibits and speeches, as well as samples and products for the home and farm.

Technology also became an important feature of fairs. The fair became a place to display the latest technological advances, like electricity to name an example. Musical acts and other amusements introduced farmers to other facets of American culture. In areas such as these the fair became a place where rural people got to learn about and experience what was going on in urban America, while city dwellers learned more about agriculture and rural life.6

Fairs continue to draw thousands of visitors each year and while they offer a wide variety of attractions, they remain true to their original purpose of promoting and educating on agriculture. So, whether you are in the show ring, hoping your work in the garden earns a blue ribbon, are there for the rides, or simply want to try the food, enjoy all that the fair has to offer!

Are you in a pickle?