Subscribe
Home / Florida / Could the miracle fruit be for South Florida? 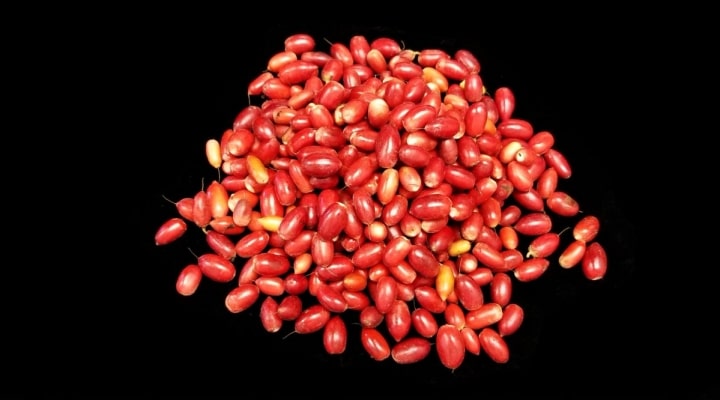 Scientists at University of Florida’s Tropical Research and Education Center have unlocked the mystery behind a highly sought-after berry known as the Miracle fruit in a study published this week. (photos by UF/IFAS)

HOMESTEAD, Fla. – Scientists at University of Florida’s Tropical Research and Education Center have unlocked the mystery behind a highly sought-after berry known as the Miracle fruit in a study published this week.

This news brings much needed insight to local growers, and food and drink manufacturers who are looking for ways to make it a viable industry, particularly in South Florida. 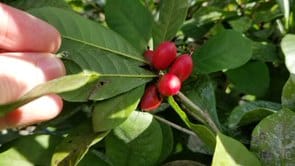 Known for its abilities to serve as a non-caloric sweetener and change the perception of foods and beverages from sour to sweet, insufficient information has kept domestic growers and manufacturers in the dark about its strength and potential for a profitable industry until now.

The perennial, which grows natively in Africa and has been consumed for more than a century in that continent for its ability to add sweetness to the blandest and most sour of foods, has a fruit pulp that contains a protein called miraculin. The protein is a taste-modifier, one of only a handful of such naturally occurring molecules in the world that is found in the berries of the plant known colloquially as the miracle fruit (Synsepalum dulcificum).

For the first time, UF/IFAS researchers uncovered key information about the plant’s varieties and their potential for the berry’s potency.

Critical to the findings are the varieties identified with the greatest potential for fruit-bearing with the highest potency of the protein and its ability to harvest more efficiently and most often in climates like Africa. The equivalent of those climates are South Florida, Hawaii and Puerto Rico.

“We now have foundational data on yield and of the concentration of the miraculin protein in the berry,” said Alan Chambers, the lead researcher, author of the study and a tropical plant geneticist at the Homestead research facility of UF’s Institute of Food and Agricultural Sciences (UF/IFAS). “The berry, similar in size to a raspberry, is primarily valued for its miraculin content, but what this study did for the first time, is quantify the miraculin in the fruit of select varieties.”

The study was carried out from May 2018 to December 2019 on a private, commercial farm in Homestead. Plants were maintained in 20-gallon pots with 2.5-meter spacing in a shade house with supplemental irrigation and fertilized with controlled-release fertilizer.

Chambers and his research team evaluated nine varieties with the most miraculin per pound and per-acre harvested. The sampling was conducted on a plot with 66 trees where researchers analyzed the miraculin potency and statistically looked at the growth of the bush and the berry. During that time, researchers recorded the ability for the varieties to produce six harvest peaks within the year with the largest harvests taking place from May to July.

“We were able to find the winners and the losers,” said Chambers. “If you are just planting seedling stocks, you can potentially have some varieties that have no function. All these things can make a grower more successful by making the farm more efficient. It is a huge advantage in the competitive market.”

This is great news for growers like Erik Tietig, who took a chance at growing varieties he developed of the plant in 2012. Tietig grew up on his mother’s tropical fruit nursery, Pine Island Nursery, when she opened in 1972 in Homestead.

He took his knowledge and spun off a fruit farm aptly named the Miracle Fruit Farm in the Redlands with his brother to grow the miracle fruit. The farm, which is home to 6900 trees including multiple varieties, sponsored the research and served as the case study.

“We have had real challenges growing this plant,” said Tietig. “There is no research on the crop. Growers like myself, rely on data from scientists to help us make good decisions and even help predict the economics of a crop by determining the best varieties for our area and the best cultural practices to facilitate success.” 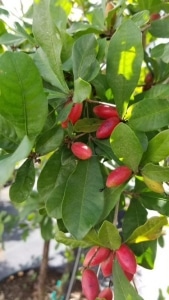 Tietig and his brother took a chance on the crop because of its unique ability to trick taste and hoped it could serve as a taste enhancer for patients undergoing oncology treatments. At times, the side-effect of certain oncology treatments can result in taste alterations and discourage patients from eating. Today, they provide the plants, packaged berries and more. Their hope is to grow as the popularity for the perennial increases.

“South Florida is the perfect place for this industry. Like me, the plant loves the heat,” added Tietig. “For the first time we have real scientific data that illustrates how these varieties are different and why.”

Tietig added that the farm currently harvests fruit four days a week, every week of the year but now with the added information of the potency, the potential for making sound decisions and predictions is an advantage in future planning.

“The potential is enormous for this crop, especially for its applications,” added Tietig. “What is unique to South Florida, is our weather. We are the only Zone 10 in the United States, despite the tree being native to Ghana, and it doesn’t grow anywhere like it grows here. It’s really a special place and the weather is incredibly conducive to grow this crop.”

Next step for the research team is to obtain sponsorship to investigate the molecular diversity of the plant and determine the differences between the berries grown in Africa and the United States.