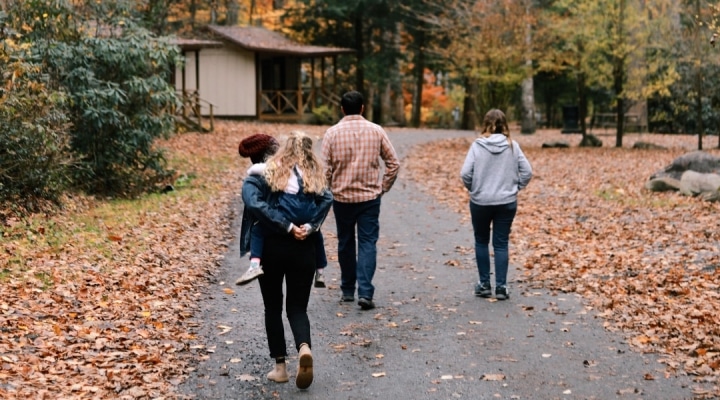 To support revitalization and smooth the transition for new residents, we suggest that the federal government could finance a sequel to America’s 1862 Homesteading Act, which encouraged people to settle and develop the American West. (Photo by Amy Humphries on Unsplash)

WASHINGTON — Southern Italy’s rural Calabria region announced an innovative project in 2021 to breathe new life into its small towns. It plans to offer young professionals thousands of dollars if they move in and commit to launch a business, preferably a business the community needs.

Northwest Arkansas has a similar program to draw new residents to rural towns like Springdale by offering US$10,000 and a mountain bike. Lincoln, Kansas, is offering free land to remote workers who are willing to relocate and build a home there.

These efforts take advantage of the growing work-from-home culture to try to revitalize rural communities that are in decline.

They may also hold a key to coping with anticipated domestic climate migration as storms and wildfires exacerbated by climate change make parts of the country unlivable.

As professors and authors focused on sustainability, we see ways in which projects like these might help solve both the challenge of rural population loss and the likely acceleration of migration from climate-insecure cities. While this proposal may not be viable for every community, we believe it would benefit many towns seeking to reverse population loss and rejuvenate their economies.

Global climate change presents an immediate problem. Millions of people worldwide will be at risk from sea level rise over the next two generations, while others will be driven away from regions of prolonged heat, drought and the threat of wildfires.

With people likely to move from at-risk places into nearby cities, those cities will likely see their public services stressed, their housing prices rise and their labor markets tighten, potentially displacing lower-income residents.

This presents an opportunity for some rural areas to encourage new residents to move in. 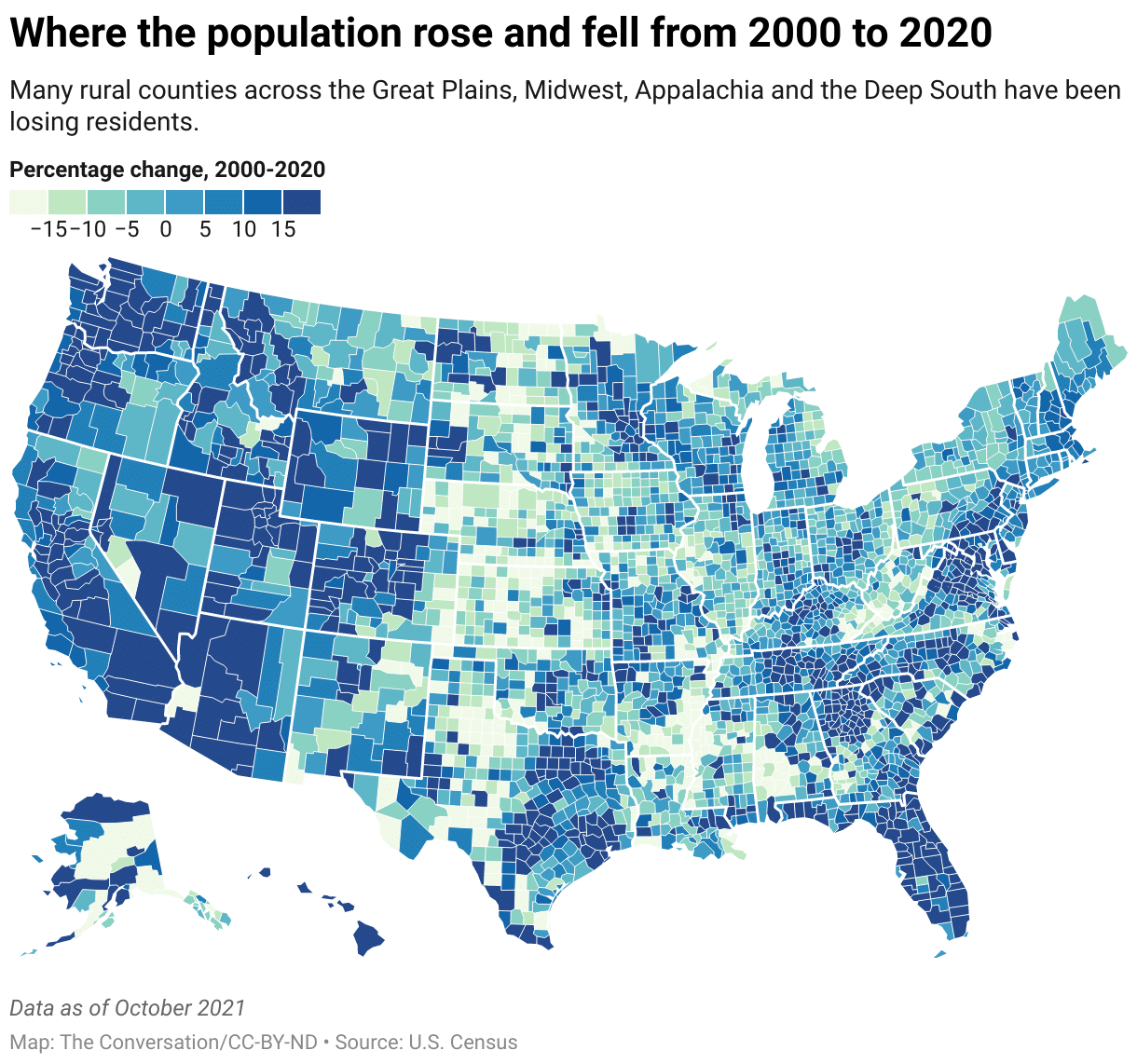 From 1953 to 2003, the U.S. rural population declined from 36% of the population to 21%. By 2050, fewer than 13% of Americans are likely to live in rural areas based on current trends. The decline of small farms and rural manufacturing has reduced employment opportunities for educated youth, driving many to leave. Four-fifths of rural counties have fewer businesses today than in 2008.

In some areas this trend has become a downward spiral. Population and business losses reduce tax bases, impoverishing public services, making communities less attractive for new residents and leaving fewer opportunities for local kids who want to stay. This pattern can contribute to feelings of insecurity, political polarization and a decline of trust in democratic institutions across rural America.

Given the right support, community leaders may be able to reenergize their towns by encouraging people displaced by climate disasters to move in.

“Managed retreat” is a proactive concept – it involves rebuilding in safer locations before disasters hit. That includes reinventing, reconfiguring and reconstructing housing and commerce. It could also mean creating networks of reinvigorated small towns, particularly those not far from the amenities and services of a sizable city.

Successful recovery and reinvention start with a community-supported plan for the future, including opportunities for in-town housing space, commercial opportunities and upgraded public services.

One way to encourage interest from investors and future residents is to focus on climate-friendly infrastructure powered by renewable energy. Areas rich in wind, sunlight and forests can update their zoning rules to encourage renewable energy investment, along with nonindustrialized food production, such as organic farms.

Developing high-tech greenhouses, such as those populating farmlands across Europe, for example, could support new jobs and provide fresh produce. The coal country town of Morehead, Kentucky, for instance, is supporting a hydroponic greenhouse that’s now producing nearly 3 million pounds of beefsteak tomatoes a year.

To support revitalization and smooth the transition for new residents, we suggest that the federal government could finance a sequel to America’s 1862 Homesteading Act, which encouraged people to settle and develop the American West.

This strategy would require new funding or shifting funds from agencies – such as the U.S. Department of Agriculture, Economic Development Administration, Federal Emergency Management Agency and Department of Housing and Urban Development – toward improving public services and incentivizing commerce and industry, along with housing grants.

Federal efforts to expand rural broadband access can lift another barrier to bringing in young workers excited about working from home, as well as entrepreneurs with the expertise necessary to make these projects and other new businesses succeed in sustainable ways.

If government assistance programs support the aspirations of rural towns’ grassroots leadership, these efforts could come to be viewed with trust rather than suspicion.

This is a way for communities that have lost their tax base to recruit new tax-paying citizens. There can be downsides – change can be difficult for some communities, the investment can cause concern and it might not work as quickly or effectively as the community hopes. For rural towns close to cities, there can also be concerns about gentrification if remote workers drive up housing prices. But there are many communities, particularly across the rural South and Midwest, that could benefit from the influx of new residents and skills while the people relocating can find safer new homes.

Meanwhile, local incentive programs for relocation expanded dramatically during the pandemic. Small American cities are offering financial incentives to young people with particular expertise and families to relocate. Some of these include relocation expenses, housing subsidies and reduction of student loan burdens.

No single rural center can provide all the benefits of larger urban centers, but networks of revitalized towns could start to compensate.

Waiting until disaster strikes becomes expensive and chaotic. Revitalizing rural communities now could alleviate migration pressures and help restore the cooperative and supportive ways of rural life. It can be a win-win proposal.

–Hillary A. Brown
Professor of Architecture and Director of the Urban Sustainability Program,
City College of New York

What is soil made of?

TxMAP: A new way to map with conservation data