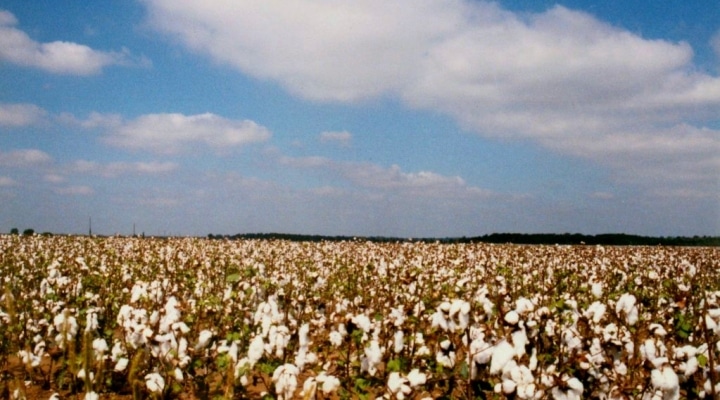 There are 3 takeaways:
1-Price is still above “support” at roughly 61 cents.
2-This week was a second run at 65 cents.
3-It has been suggested that the neighborhood of 65 cents is a decent marketing risk management opportunity. That continues to hold.

Through last Thursday, Dec was up 2.19 cents for the week. That action was mostly off weather and increasing crop concerns. Reversal (down 2.49 cents) was mostly due to a mixed export report on Thursday and another round of punches being thrown in the ever uncertain and seemingly never ending sour US-China diplomatic situation.

Export report (for the week ending July 29th) shows new sales of 2019 crop almost nonexistent while sales cancellations were 71,500 bales—67,360 bales for Vietnam, none for China. Shipments were a relatively good 374,000 bales but hurt by cancellations. New 2020 crop export sales for the week were 148,400 bales with 49,000 to China and 22,500 to Vietnam. The price meltdown today was due to concerns that new political tensions could lead to more cancellations.

According to precipitation maps, based on % of normal rainfall received, dry conditions have worsened over the past 7, 14, and 30 days. Texas has worsened, the Mid-South has worsened, the Southeast (GA, AL, and FL) have worsened. Much of the Carolinas and Virginia received 2 to 5 inches of rain from Hurricane Isaias and could prove beneficial.

USDA’s much anticipated August crop production and supply/demand estimates for the 2020 crop will be out on Wednesday next week, August 12th. The US crop is currently projected at 17.5 million bales and exports at 15 million bales. Given the stage already set by ongoing weather and crop conditions, a crop estimate more than 17.5 million bales would likely not be good for prices given demand and export uncertainties.

Corn bottoming or taking a breather?