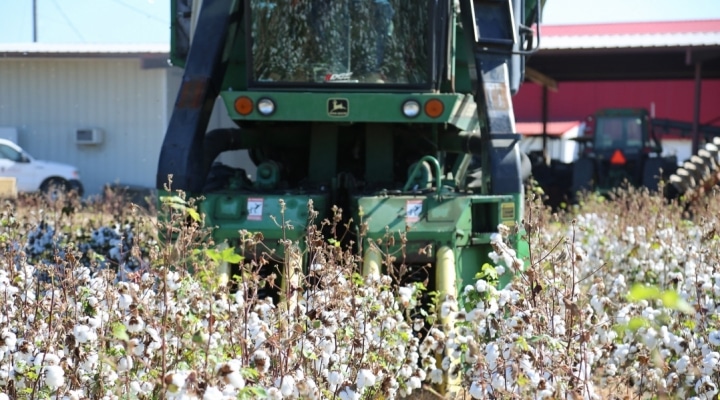 After a disastrous day last Friday (Dec futures closed down 2 ½ cents on Friday), the market started this week on an uptick yesterday but then took back most of it today.  Dec now hovers around the 63 cents area. (Photo by UGA CAES/Extension, Creative Commons/flickr.com)

TIFTON, Ga. — After a disastrous day last Friday (Dec futures closed down 2 ½ cents on Friday), the market started this week on an uptick yesterday but then took back most of it today.  Dec now hovers around the 63 cents area.

The market seems to have found a comfort zone in the 61 to 64 cents area.  This may be where we are until more certainty is known about the crop and depending on weekly export numbers.  With harvest (and likely cash flow needs) approaching, I encourage growers to begin thinking more earnestly about marketing alternatives and strategies and include how any possible LDP figures in with all that.  Take into account any lessons learned from last year’s crop.

The cost to market and quality adjustments used to calculate the AWP from the FE Price have increased 2 cents per lb from the 2019 crop year.  This means the AWP will be 2 cents lower and, therefore, the LDP 2 cents more than last season with the same prices.  The LDP/MLG is currently 3.08 cents.

The Texas crop is currently projected to average 774 lbs per acre—the 4th highest on record.  I was once asked by a grower—“What do you do when the boots on the ground say different than what reports are telling you?”  In that case, how sure are you and are you willing to take a chance that the market will eventually react the way you want it to?  If you’re willing to risk it—hold off and hold on but know the risk you are taking.

Last week’s export report was a mixed bag.  Sales were only 17,800 bales but shipments were a decent 292,700 bales including 164,400 bales to China.  A meeting between the US and China, scheduled for last Saturday to review progress being made in the Phase One agreement, was postponed.  Sources say this was to give China more time to make export purchases in line with the agreement.

Talk is already circulating of setting 68 cents as one target for 2020 crop sales.  It’s too early for that.  The market is currently struggling to clear 64 to 65 cents.  So, why are we talking 68?  Is 68 or the 65 to 68 cents area possible?  Yes.  But so is 60.  This market will track based on the eventual US crop, exports, and signs of improved global use/demand.

One thing worth noting and as mentioned earlier, the AWP is going to be lower and the LDP/MLG trigger sooner and be more than last season.  This means the grower has a little stronger safety net this year than last year against prices moving lower.    So, I wouldn’t worry too much if this market should retreat lower.  I would be thinking more about when and how to pull the trigger when things are better.