Home » Cost per pound of calf is struggling 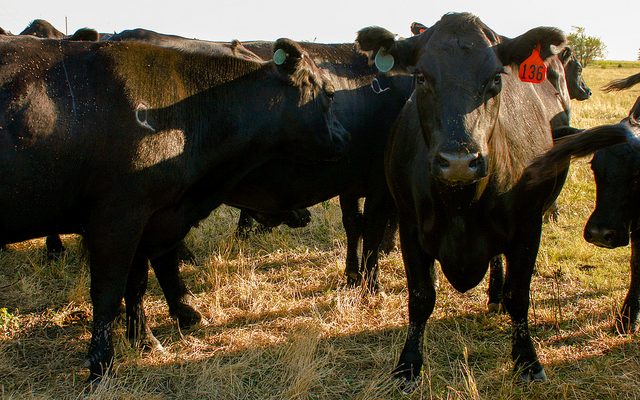 Beef production, like any other business, needs to control costs to continue in business. (United Soybean Board via Flickr)

FARGO, N.D. — Beef production, like any other business, needs to control costs to continue in business.

For the total optimist, the thought would be that price always would offset costs; thus, perpetual dollars would be coming into the business. Cattle producers know well that is not true. Seasoned producers have been through the ups and downs of markets and know the need to be cautious and keep records.

Some would say the turn of the century comparison is excessively historic, but remember, the beef business is historic, with slow turnover and long-term investments. Decisions made in the year 2000 still are relevant today.

What has changed with the current numbers? Simple: Income means nothing without a cost calculation. While many producers understand that the costs of feed and maintaining the cow inventory are large, obviously total direct and overhead costs are the summation of all costs in the herd.

Essentially, during the last five-year span, total direct and overhead costs for a cow have averaged $606. Has marketable calf output kept up with expenses? The answer still appears to be sluggish or perhaps on the negative side.

The bottom line is a cow-calf producer’s costs increased, with very sluggish progress in the amount of saleable calf weight. Another way to look at that is to look at pounds weaned per cow exposed because the cow incurs most of the cost.

At the turn of the century, cow-calf producers were achieving 492, or 3 more pounds weaned per cow exposed than the average for the last five years. (I am not going to calculate the negative percentage.) Realistically, for every cow we turn out to the bull, we wean fewer pounds than we did in 2000.

As cow-calf producers interact with the market and the expanded beef industry, individual producers must decide their individual approach to survival and meeting the family and operational goals. Invariably, those thoughts will include dollars. Remember, nothing is free.