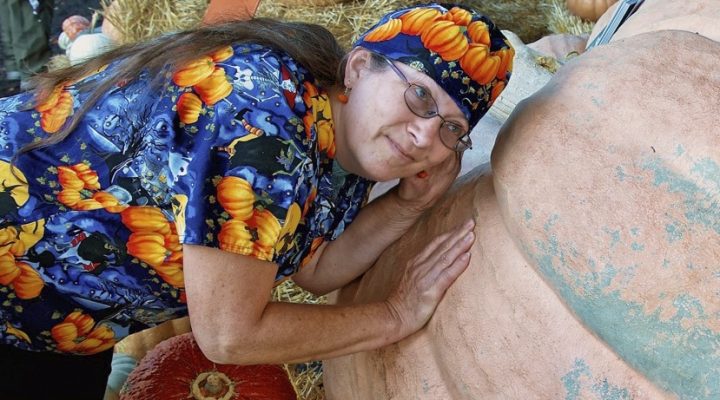 Meg McGrath’s expertise spans the gamut of IPM strategies and tactics that both organic and conventional growers use to combat disease pests such as late blight and downy mildew. (Courtesy Photo)

GENEVA, N.Y. — Meg McGrath, a Cornell University plant pathologist based at the Long Island Horticultural Research and Extension Center, is an internationally recognized researcher, sought-after speaker, and well-versed in the solutions to devastating plant diseases.

And for growers with trouble on their hands, she’s available at a moment’s notice.

McGrath’s expertise spans the gamut of IPM strategies and tactics that both organic and conventional growers use to combat disease pests such as late blight and downy mildew. “Meg embraced the concepts of integrated pest management from the beginning of her career,” says colleague Margery Daughtrey. “She does a splendid job of bringing her discoveries to the practical level for growers indozens of presentations annually.”

But it’s her help in the field that farmers value the most — help that’s delivered with a welcome dose of levity. “Meg’s funny,” says Marilee Foster at Foster’s Farm in Sagponack. “She’ll say ‘I’m sorry, I’m a plant pathologist. I like to study sick plants.’” When a nearby outbreak of late blight threatened Foster’s organic heirloom tomatoes, Meg came to help scout — “arriving early so we’d have the visual benefit of dew,” Foster says.

When they found a handful of plants with symptoms, McGrath reviewed Foster’s alternatives, but none were suited for organic crops. The strategy they hit on together? Using a handheld weed-flamer to take down suspect plants. “Blight can’t handle temperatures much above eighty degrees,” Meg told Foster. “And it might feel good!”  Which, Foster agrees, it did.

Meg focuses on core IPM principles — principles such as careful identification so you don’t treat a disease the wrong way, or changing a crop’s environment to outsmart its pathogens. “She helps Long Island growers deal with the limited availability of products they can use to manage pests, given the island’s heightened groundwater concerns,” says Jennifer Grant, director, NYS IPM. “It’s not every day you find someone who brings such warmth and knowledge to a position that means so much to so many farmers’ livelihood.”

Marilee Foster echoes that. “I have long admired the energy and curiosity Meg brings to farmers in eastern Long Island. We are lucky to have her working with us, for everyone.”