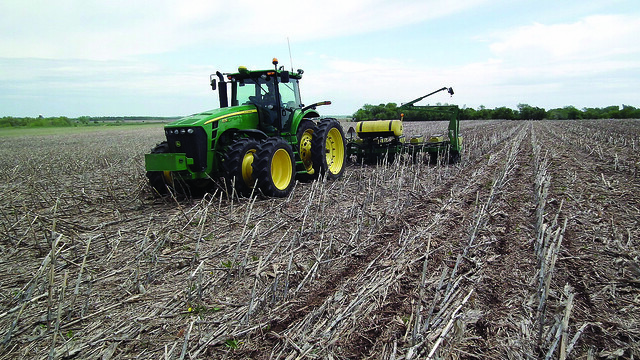 With the calendar switching over to June this Saturday, many in key corn-producing states will have to soon make the tough decision about whether or not to continue planting all their intended corn acreage. (USDA NRCS South Dakota, Flickr/Creative Commons)

WASHINGTON — Flooding continues to impact many rivers and waterways throughout the Plains and Midwest. Seemingly relentless rainfall this spring has kept many rivers near or above flood stage for a prolonged period of time and caused significant delays for crop planting. Making an advancement of only 9 points from the previous week, corn planting in the US as of earlier this week had reached 58% complete. Progress continues to significantly trail both last year and the 5-year average pace of 90% for this time of year. With the calendar switching over to June this Saturday, many in key corn-producing states will have to soon make the tough decision about whether or not to continue planting all their intended corn acreage. The further corn planting extends into June, the higher the risk becomes for lower overall yields. Other options include switching the remaining acreage over to soybeans, or, for those with crop insurance, taking a payout and forgoing the rest of planting.

Illinois and Indiana, 2 of the highest corn-producing states in the Corn Belt, continue to struggle getting corn in the ground. As of earlier this week, Illinois has planted 35% of their intended crop, down from an average pace of 95%, while Indiana had planted 22% of their crop, down from an average of 85%. This represents a progress from the previous week of 11 and 8 points, respectively. While the weather so far this week hasn’t been the greatest for advancing planting, some drier days may finally be on the horizon for the Corn Belt over the next 7 days. Although this timeframe won’t be completely without rainfall, showers are more likely to be scattered and light, occurring only on a handful of days. Later in the week next week, rains will once again be prevalent, but mainly in the southern portions of IL, IN, and OH, as well as states to their south. Northern portions of these states could see some favorably dry conditions. 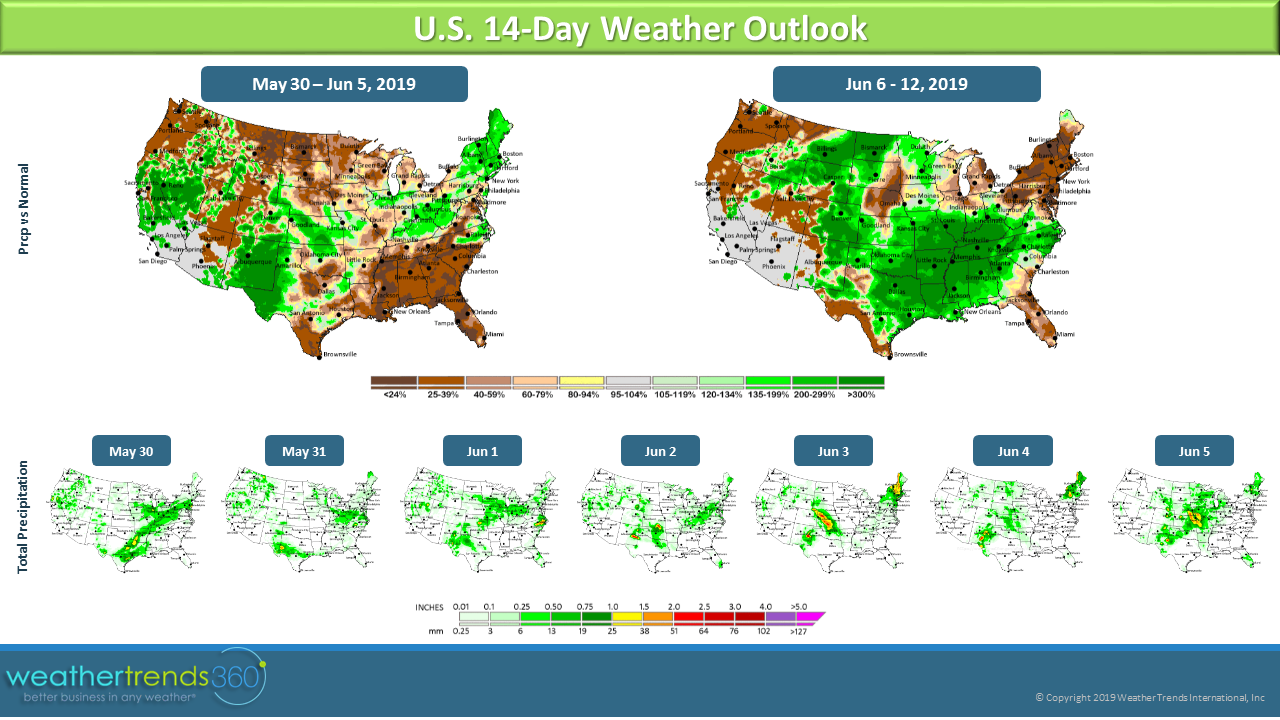 While corn struggles in the US, Brazilian farmers are expecting large yields from their safrinha corn crop this season. Early harvest has begun and will continue over the next couple months. Early planting of the crop, combined with very favorable weather – including a somewhat later onset of the annual dry season – have the safrinha corn is good health and many anticipating a large production. Some are even speculating that the crop could break the current production record that was set back in the 2016/17 season, although it is far too early in harvest to know if this will happen. In main-producer Mato Grosso, harvest is just over 1%, and in Parana it is about 3%. As with the 2016/17 safrinha corn crop, storage may become an issue for some states as harvest ramps up. With a large number of storage facilities still housing soybeans, once the available space is taken up, the remaining safrinha corn will need to be stored outside in piles until more space opens up. While not an uncommon practice in central Brazil, as the dry season extends through Southern Hemisphere winter, the grain will need to be moved indoors before the rains return, typically in September.