Home / National / Corn planting advances, but still well behind
A new user experience is coming! We'll be asking you to login to your Morning Ag Clips account March 1st to access these new features.
We can't wait to share them with you! Read more here. 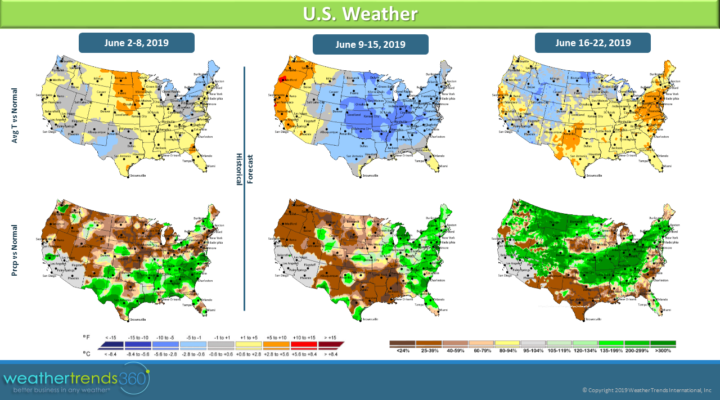 Although some additional corn planting will occur, it is now expected that a portion of the intended crop will go unplanted this season.

WASHINGTON — Last week, June 2-8, the rains that have been plaguing parts of the Corn Belt during planting finally took a vacation and headed to the Southeastern US. While not an entirely dry week for states like Ohio, Indiana, and Illinois, conditions were much more favorable for planting – and farmers took advantage. Although these states remain well behind their normal planting pace, week-over-week progress saw the largest change of the season. In Indiana, corn planting was up to 67% complete as of earlier this week. While still trailing the 5-year average by 31 points, progress compared to the previous week was up by 36-points. This was the largest week-over-week advancement out of the 18 main corn producing states for this past week. The second largest improvement came out of Illinois where progress jumped 28 points to 73% complete. Typically by this time in the season, IL is fully planted, so progress still trails by about 27 points. Ohio noted a decent advancement of 17 points from the previous week, but corn planting is still nearly half of the 5-year average.

Corn emergence remains behind pace as well across the growing region. As of earlier this week, only 62% of the crop had emerged, compared to a 5-year average of 93%. Of the crop that has been planted already, only 59% is said to be in good or excellent condition while 9% is rated as poor or very poor. The remaining 32% is said to be in fair condition.

So far this week, June 9-12, rainfall across the Corn Belt has been generally light, especially for the western part of the Corn Belt. Scattered showers are expected through the end of the week and into the weekend as well, but conditions are likely to be somewhat favorable for some last-minute corn planting. By Sunday and through most of next week, however, more frequent rainfall is expected to return to the Corn Belt, especially in areas from Ohio to Missouri. 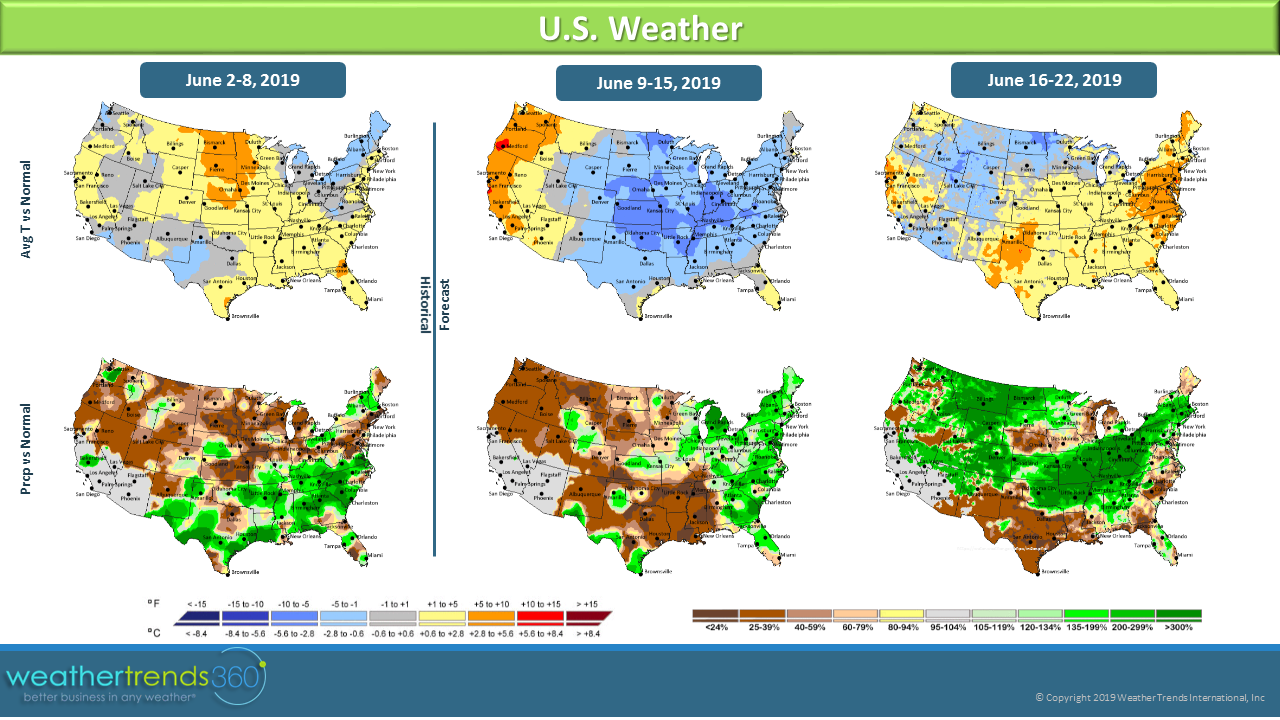 Although some additional corn planting will occur, it is now expected that a portion of the intended crop will go unplanted this season. Estimates for planted acreage, yields, and total production have already been lowered and could decrease further as the amount of corn left unplanted becomes realized. According to the most recent World Agricultural Supply and Demand Estimates report issued earlier this week, expected corn yields in the US fell 10 bu/ac from last month’s estimate to 166 bu/ac.

Soybean planting, which occurs slightly later that corn, continues to try and make up for lost ground as well. Total planting advanced by 21 points from the previous week to 60% complete, still trailing the 5-year average of 88%. While progress of soybeans is still slower than average, estimates for acreage, yield, and production remained unchanged from last month’s World Agricultural Supply and Demand Estimates report. During the second half of June, conditions across the soybean region are forecast to trend wetter to much wetter than normal so it is possible some soybean acreage goes unplanted and estimates decline as well.