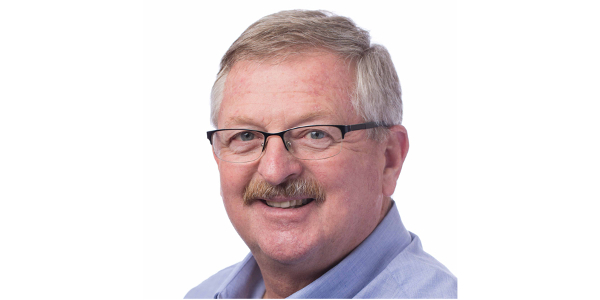 "I can't say 'thanks for nothing' but one cent per bushel is close to nothing, In fact, this payment only applies to half of your crop so in reality, that's a half-cent per bushel at this point. A half-cent is no relief from the market destruction we've seen for corn." (Courtesy of Kansas Corn)

“I can’t say ‘thanks for nothing’ but one cent per bushel is close to nothing, In fact, this payment only applies to half of your crop so in reality, that’s a half-cent per bushel at this point. A half-cent is no relief from the market destruction we’ve seen for corn.”

Earlier this summer, Kansas Corn leaders told EPA they were “mad as hell” about the more than 2 billion gallons of ethanol waivers handed out to oil refiners, while the agency continutes to drag its feet on allowing year-round market access for E15 fuel.

“As a corn farmer, I’m starting to feel picked on by the administration. We’ve had to fight EPA on ethanol waivers and are seeing no movement in allowing year-round E15 sales,” McCauley said. “Now, even though National Corn Growers showed USDA that corn farmers have seen a 44-cent-per-bushel loss due to trade issues, we’re getting a half a penny.”

When the creation of USDA’s Market Facilitation Program was first announced, NCGA commissioned an economic impact analysis from the tariffs on corn farmers and program options for the Market Facilitation Program by Dr. Gary Schnitkey at the University of Illinois. The comprehensive analysis showed a loss of 44 cents per bushel to corn farmers. NCGA shared this analysis with USDA and OMB officials and has aggressively advocated for corn farmers to help the federal officials understand the economic impact to corn prices.

“Corn growers have been proactively working with the administration in many areas, but so far, we have ended up on the short end of the stick,” McCauley said. “It’s time that corn growers got a win. If the administration would follow up on its promise to allow year-round market access for E15 fuel, that would help corn demand. We simply need market access, for ethanol and for exports.”

What little aid is offered to corn will be based on 2018 production, slighting those growers who have been hurt by export market loss plus crop loss due to weather.

“Those folks are suffering a double-whammy of low crop production, and lower crop prices due to trade disruption. KCGA CEO Greg Krissek said. “But regardless of where you grow corn, or what kind of crop you produced, the one-cent-bushel payment on half your crop doesn’t provide relief.”

Although Kansas Corn is disappointed in the rate for corn in the program, one positive is the creation of a Agricultural Trade Program which offers $200 million for overseas market development.

“This will really bolster our efforts to build foreign markets and is needed,” McCauley said. “Groups like U.S. Grains Council and U.S. Meat Export Federation are poised to seek out those replacement markets that are needed by agricultural producers. We’d rather have markets than government relief, but we got neither.”

No gubernatorial endorsement yet for KFB