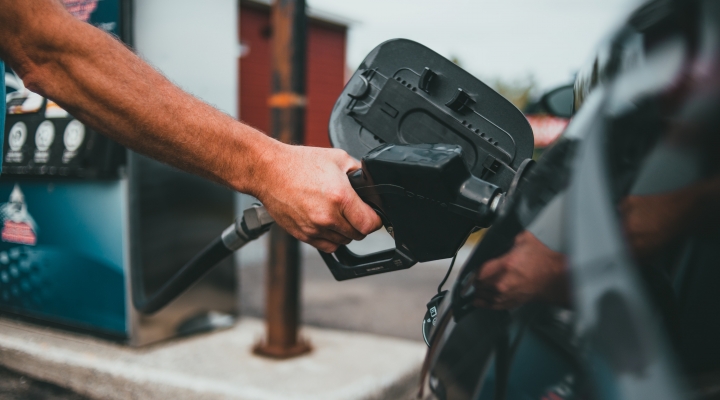 NDCGA President, Rob Hanson, stated, “We need to fight to keep access to Unleaded 88 for consumers year-round. Consumers need to understand the benefits go beyond just a cheaper source of fuel. Along with being less expensive, ethanol is a home grown and renewable source of fuel which is better for our environment and our economy." (Erik Mclean/Unsplash)

FARGO, N.D. — Corn grower leaders from North Dakota and 18 other states sent an open letter to President Biden calling on him to use the administration’s existing emergency authorities to tap more homegrown renewable fuels, like ethanol, to help stabilize energy markets and lower the price of fuel for consumers.

The letter called on the president to prevent consumers from losing the choice of E15, often marketed as Unleaded 88, a higher ethanol blend that costs less and reduces emissions. A 2021 court decision resulting from oil industry efforts to limit the growth of higher ethanol blends reversed year-round market access for E15, beginning this summer, absent action from the Biden administration or Congress.

“We urge your administration to act to prevent consumers from losing access to a lower-cost fuel option on June 1,” the letter read. “As gas prices have increased following the rise in oil prices, higher ethanol blends have provided drivers with savings, with ethanol priced an average of 78 cents less per gallon than unblended gasoline at wholesale during March.”

The Biden administration has several tools to use, including acting under Section 211 of the Clean Air Act, having the EPA use its enforcement discretion or issuing an executive order.

Increasing the use of lower-cost and lower-emission E15 could easily replace previous oil imports from Russia, according to the letter.

“If we replaced just one-third of regular E10 fuel sales with E15, we would fully replace all gasoline from previously imported Russian oil,” the corn grower leaders said. “When it comes to cost, blending more ethanol, not less, is an immediate step to help lower fuel prices.”

Farmers can quickly help policymakers bring down the fuel prices, the letter noted.

“American farmers stand at the ready to help lower costs at the pump, decarbonize liquid fuels, support domestic manufacturing jobs and revitalize the U.S. economy with clean energy, all while continuing to meet demands for food, feed and exports, due to our increased productivity and sustainability,” said the farmer leaders.

In addition to emergency action from the Biden administration, NCGA is also asking Congress to advance legislation to ensure continued access to E15 to lower fuel prices and work on policy, such as the Next Generation Fuels Act, which will provide a permanent pathway to higher ethanol blends.

NDCGA President, Rob Hanson, stated, “We need to fight to keep access to Unleaded 88 for consumers year-round. Consumers need to understand the benefits go beyond just a cheaper source of fuel. Along with being less expensive, ethanol is a home grown and renewable source of fuel which is better for our environment and our economy.”

Farmers are encouraged to contact their Members of Congress to urge their support for E15 market access and higher ethanol blends through the NCGA Action Center.

The North Dakota Corn Growers Association (NDCGA) is the farmer-led membership organization focusing on policy that impacts North Dakota corn producers. The NDCGA board of directors consists of 14 growers from 7 districts along with 2 at-large directors and 3 industry representatives. Become a member today at https://www.ndcorn.org/corngrowers/.

Poultry farmers encouraged to protect their flock from HPAI

Be prepared to assist during calving: Part 2