Home / Illinois / Corn fundamentals showing weakness
A new user experience is coming! We'll be asking you to login to your Morning Ag Clips account March 1st to access these new features.
We can't wait to share them with you! Read more here. 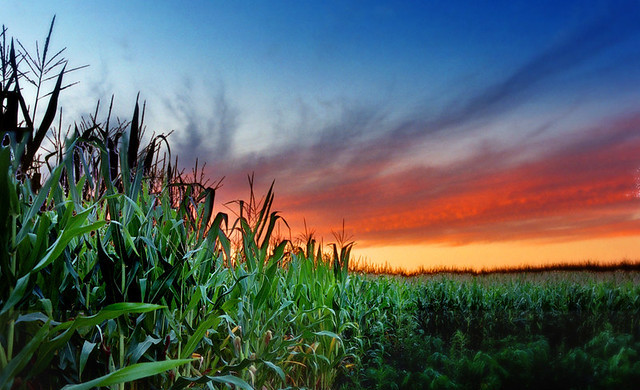 The bearish information out of the last few USDA reports leaves the corn market looking for some positive news. A significant switch away from corn acres or a production shortfall seems necessary to move corn prices higher. (James Jordan, Flickr/Creative Commons)

CHAMPAIGN, Ill. — Corn price held steady last week after the bearish WASDE report projected a 200 million bushel increase in 2018-19 ending stocks. At 2.035 billion bushels, the current ending stocks projection reflects weakening demand for corn that looks to continue through the second half of the marketing year.

Large crops from other exporters look to provide competition in the world market.  Current projections of corn production out of Argentina and Brazil sit at 1.9 and 3.8 billion bushels respectively.  If these production projections materialize, corn production in the two countries increased by 1.2 billion bushels from last year.  The more abundant crops and lower free-on-board prices in those areas appear set to see stronger exports from the region.  The USDA raised Brazilian and Argentine exports for the 2018-19 marketing year to 1.22 and 1.2 billion bushels respectively, up 604 million bushels over last year’s total.  When combined with the 1.16 billion bushels of exports projected out of Ukraine, U.S. corn exports may struggle in the second half of the marketing year.

The USDA lowered the projection of corn used for ethanol production by 50 million bushels, to 5.5 billion.  Operating margins of ethanol plants improved slightly over the last few weeks but still sit in the red.  The USDA reported the average price of ethanol at Iowa plants at $1.30 per gallon on April 12.  This price is fourteen cents below last year’s ethanol price in mid-April.  Increased gasoline demand and higher gasoline prices as we move into the summer months should help expand corn use for ethanol.  Through January, ethanol exports provided by the EIA sit 125 million gallons above last marketing year’s pace.  The current pace of ethanol exports appears set to eclipse the record total of 1.636 billion gallons shipped in the previous marketing year.  If ethanol production picks up due to an increase in gasoline demand and strong exports, corn use for ethanol could exceed the current projection.  However, the total use appears set to be close to the current USDA forecast.

Expectations of domestic supply moved higher with corn producers reporting intentions to plant 92.8 million acres of corn this year, 3.66 million more than planted last year.  Soybean planting intentions indicated farmers plan to plant 84.6 million acres of soybeans, down 4.6 million acres from last year.  The current price relationship between harvest price corn and soybeans does not provide an incentive to plant more corn.  Cold and wet weather conditions could limit corn acreage.  Recent forecasts project storms are moving through the Corn Belt and Delta regions at regular intervals into early May.  While late planting of corn acreage is feasible when corn prices sit at high levels, a tight window for corn planting could see a switch away from corn acres.  If no acreage switch materializes, a U.S. average yield near 174.6 bushels per acre leads to a projection of production in 2019 of 14.9 billion bushels.  Corn production at this level exceeds current marketing year use projections by 335 million bushels.  During the 2019-20 marketing year, an expectation of slightly higher use is in place.  The implications for slowing use in the current marketing year are higher ending stocks.

The bearish information out of the last few USDA reports leaves the corn market looking for some positive news.  A significant switch away from corn acres or a production shortfall seems necessary to move corn prices higher.  Corn prices look to remain subdued and range-bound over the near term.