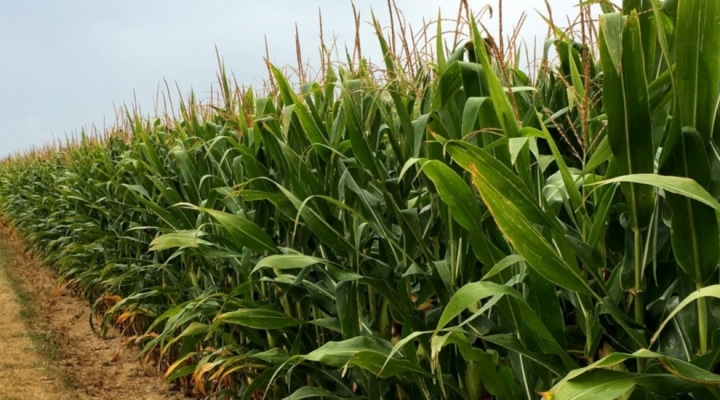 URBANA, Ill. — The December futures price of corn settled in a range of $3.20 – $3.25 over the last few trading sessions. According to University of Illinois agricultural economist, Todd Hubbs, questions regarding a price bottom for corn bubbled up in market discussions.

“The refinery-operating rate stalled at roughly 80%, yet gasoline stocks continue to grow,” Hubbs says. “Gasoline demand remains weak despite being in the summer driving season. If ethanol production levels match totals seen in July over the next month, corn use for ethanol production comes in 10-15 million bushels below the USDA estimate.

“If ethanol production falls back due to lower gasoline demand, corn use for ethanol looks to fall further,” he adds.

“Flooding, armyworms, and uncertainty regarding corn stock quality in China all support recent purchases and could lead to an increase in the quota level. If all of those sales to China come to fruition next marketing year, the prospect of reaching USDA’s projection of 2.15 billion bushels in 2020-21 looks much brighter, if a tad optimistic, in the current economic environment,” he adds.

“Excellent crop ratings kicked speculation on this year’s corn crop into high gear. A consensus formed around national yields ending up higher than USDA’s forecast of 178.5 bushels per acre. Supply considerations drove futures prices lower as the market priced in a large crop,” he says.

“Assuming the 2020 U.S. corn harvested acreage remains near the June acreage total of 84.1 million acres, a crop size of 15.43 billion bushels implies a corn yield of 183.5 bushels per acre. While a few recent yield projections came in near this total, the potential for a yield below this level seems likely,” Hubbs says. “My current yield forecast for the U.S. sits at 180.7 bushels per acre. August weather looks to go a long way in determining the eventual size of the crop. A change in corn planted acreage remains in the picture as well.”

The USDA takes their initial cut at the size of the 2020 corn crop in the Aug. 12 crop production report. “An increase from present projections of the corn crop seems in the offing. The magnitude of the change in corn production is the critical component for any scenario were corn prices find a bottom,” Hubbs notes.