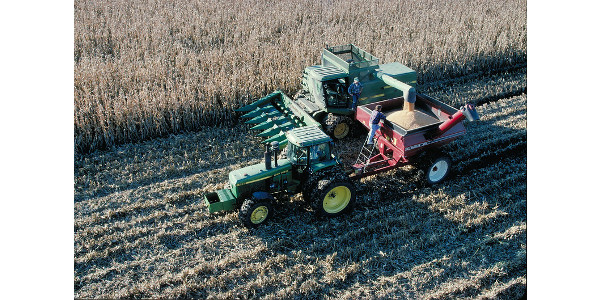 URBANA, Ill. — We compared projected state yields made available in the September Crop Production report to trend yields estimated with forty years of historical data. State corn yields are projected to be above-trend for most Midwest states in the Corn Belt, except for Iowa, Ohio, and Nebraska. Soybean yields also are projected above trend for all Midwest states except for Iowa. Overall, higher yields will result in higher levels of income and vice versa.

The USDA National Agricultural Statistical Service (NASS) recently provided estimates of state yields for 2020 in its September Crop Production report (see Figure 1). The two states with the highest estimated yields are Washington with a 240 bushels per acre estimate and Idaho at 205 bushels per acre. Both of these states rely heavily on irrigation. 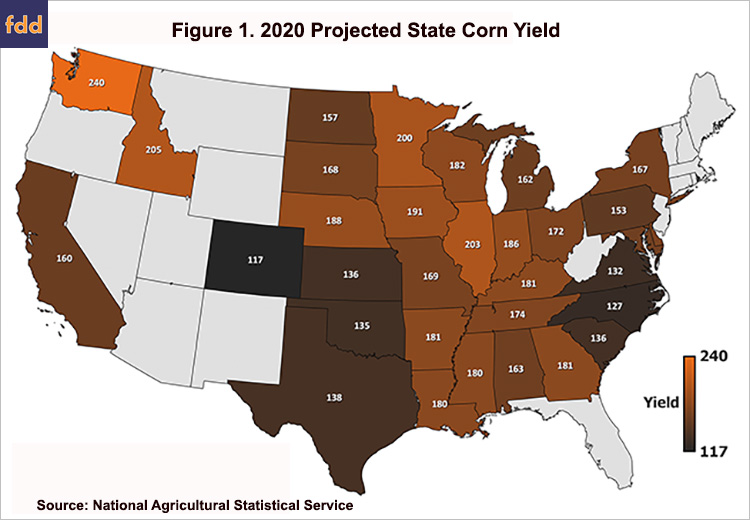 Actual yields do not necessarily give an accurate portrayal of areas with good and poor yields because a state’s inherent productivity is not considered. To consider productivity, 2020 trend yields were calculated for each state for which NASS reported a 2020 yield estimate. Trend yields were found by first fitting a linear trend using 40 years of data from 1980 to 2019. Regression results then were used to project 2020 tends. These 2020 trend yields represent expectations of 2020 yields given trends in historical yields. In Illinois, the 2020 trend yield for corn is 191 bushels per acre. The 2020 actual yield is projected at 203 bushels per acre, 12 bushels higher than the 2020 trend yield, suggesting that Illinois’ 2020 will be good relative to expectations during a year of normal growing conditions. 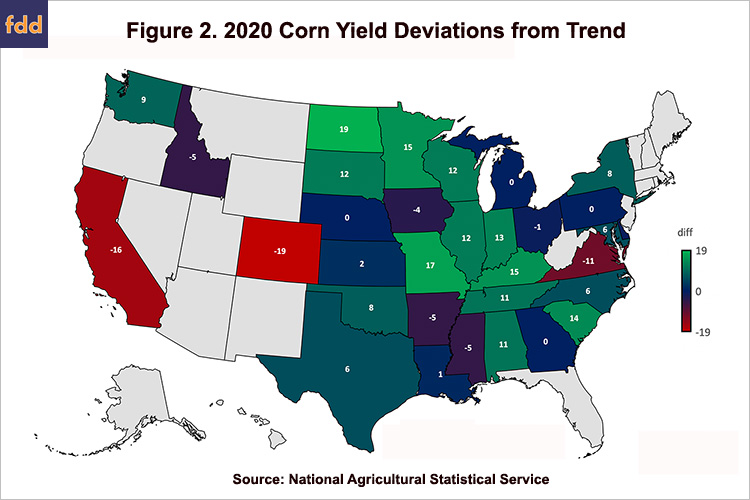 Nebraska and Michigan yields are projected at trend, while Ohio is projected to have a corn yield that is 1 bushel per acre below trend.

Illinois is projected to have the highest soybean yield in the nation at 62 bushel per acre (see Figure 3). Nebraska and Indiana have the next highest yield estimates at 60 bushels per acre. Ohio follows with a 56 bushel per acre projection. 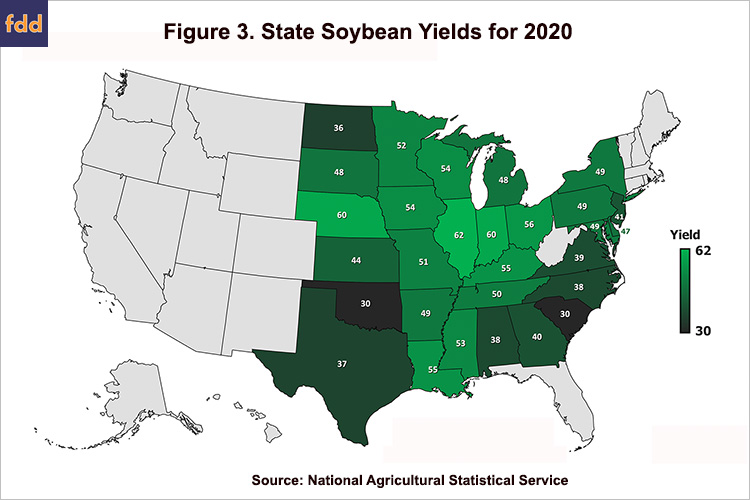 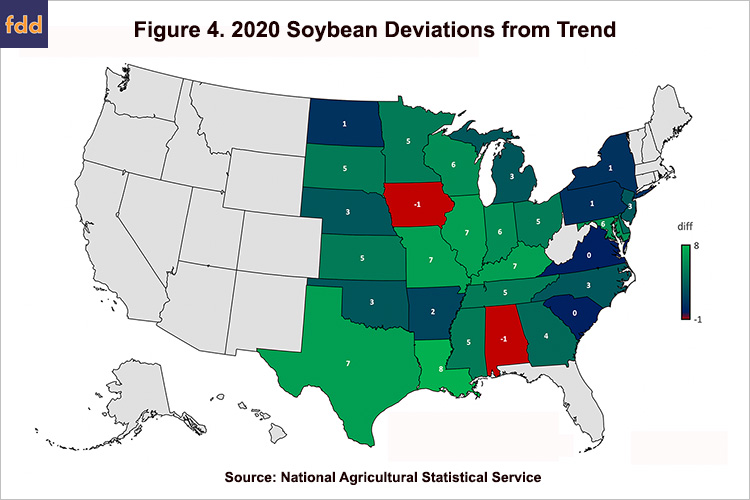 Alabama also is projected to have lower yields, with a projected yield that is one bushel below trend.

Many states are projected to have above-trend yields. Not counting for any price changes, above-trend yields will result in higher incomes than would have been realized if lower yields prevailed. Considering yields alone, Iowa is an exception, with yields projected below trend levels.