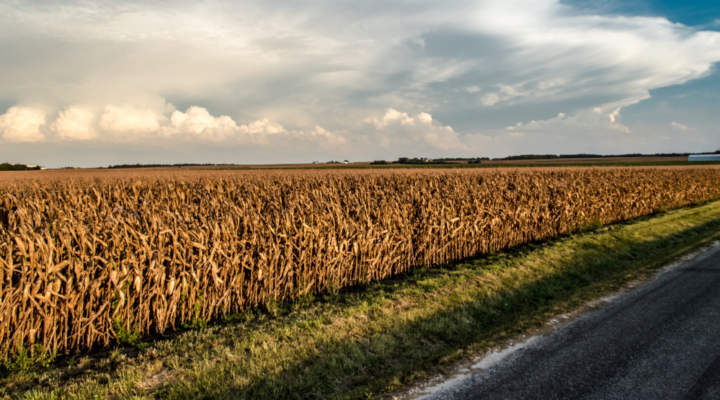 The Nebraska Corn Growers Association and Nebraska Soybean Association launched the Corn and Soy Ambassador Program to give students a comprehensive understanding of the industries. (Jeff Sharp, Flickr/Creative Commons)

LINCOLN — This year, eleven University of Nebraska-Lincoln students, as part of the 2020 Corn and Soy Collegiate Ambassador Program, are getting the chance to learn more about the corn and soybean industries. The Nebraska Corn Growers Association and Nebraska Soybean Association launched the Corn and Soy Ambassador Program to give students a comprehensive understanding of the industries. The program’s goals are to educate the students about state and federal policy issues affecting agriculture, and opportunities available to them from supporting organizations like the Nebraska Corn Board, Nebraska Soybean Board and the University of Nebraska-Lincoln.

Following the completion of the program students will be recognized at the annual meetings of the corn and soybean associations, and each will be presented a $500 scholarship to help them with school expenses. Funding for portions of the program is being provided by the Nebraska Corn Board and Nebraska Soybean Board.

The eleven members of the 2020 class are:

During the year the ambassadors will take part in four seminars. The first seminar covers state and federal policies affecting the corn and soybean industries. The second seminar will focus on the role of checkoff programs in promoting corn and soybeans.

During the summer students will partake in an ag industry bus tour. Stops will include different agribusinesses including manufacturing, production, and processing. These stops will hopefully give students more insight into potential jobs and internships in the industry. As part of the program students are also asked to spend time to promoting the state’s corn and soybean grower associations and checkoffs at promotional events such as Husker Harvest Day and Soybean Management Field Days.

The Nebraska Corn Growers Association and Nebraska Soybean Association would like to congratulate the recently graduated nine members of the 2019 Corn and Soy Ambassador class on a successful year!