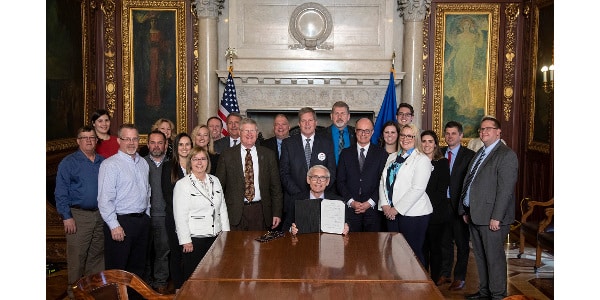 It was clear during the meetings that helping farmers and Wisconsin agriculture is a top priority for cooperatives and legislators, alike, especially during the last days of the legislative session. Cooperative Network is engaged on two concurrent and urgent efforts regarding agriculture: the first, stemming from Governor Tony Evers’ Special Session on agriculture that he highlighted in his State of the State address, and the second being an Assembly GOP agriculture package that Speaker Robin Vos and other state representatives introduced in a press conference on February 4.

Cooperative Network and its members are grateful to have Wisconsin state politics put the struggles of the agriculture community at the forefront during this critical time. The ideas presented by the administration and the Assembly Republicans will provide substantial financial support for agriculture and rural communities. As such, Cooperative Network supports several specific bills.

Cooperative Network would like to thank the Wisconsin leaders who are spearheading the efforts to help our agriculture communities during these challenging times. The organization looks forward to the passage of these bills and others that will provide relief for farmers.