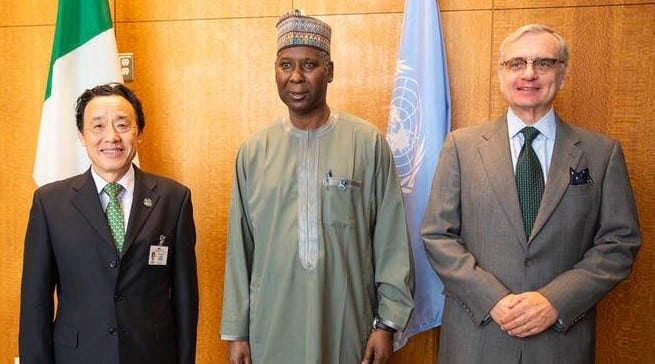 “We need smarter agriculture that works with, not against, nature, that properly values and remunerates the contributions of small-scale producers, fishers, pastoralists and indigenous peoples not only to food but to preserving biodiversity and maintaining ecosystem services,” he said.

The Director-General made his remarks at “Targeting Hunger: South-South and Triangular cooperation for Transforming Agriculture”, an interactive dialogue held at the United Nations headquarters and  convened by the President of the UN General Assembly (UNGA).

“Hunger is a scourge unbefitting of our era,” intoned Tijjani Muhammad-Bande, president of the 74th UNGA. “We have the technical capacity and other resources to end it.”

Zero Hunger efforts must and will “feed into the overarching framework for poverty eradication,” Mr. Muhammad-Bande added.

More than 820 million people in the world suffer from hunger as measured by prevalence of undernutrition measure, while two billion people experience moderate of severe food insecurity on a regular basis. according to FAO’s State of Food Security and Nutrition in the World 2019 report.

FAO has been at the forefront of South-South and triangular cooperation for more than 40 years, rising more than $370 million for projects and deploying more than 2,000 experts and technicians to 80 countries to foster the transfer of solutions and technologies. Such exchanges allow for effective dissemination of sustainable and climate-mart agriculture knowledge, experience and technologies to smallholder farmers, said Qu.

Participants in today’s dialogue concurred that key policy interventions favoring smallholders were needed in the areas of providing technical support, access to finance and weather and risk mitigation instruments, market access and storage facilities, and research and technologies that respond to their specific needs. Tailored cooperation arrangements are conducive to coming up with local solutions that can be scaled up and propel self-reliance, and require fiscal support for the productive as well as social sectors of countries where food insecurity is persistent.

The Director-General said the Hand-in-Hand Initiative he launched last year will foster the implementation of high-impact and innovative South-South and triangular cooperation projects. The initiative is designed to identify and target areas where the gap between agricultural potential and actual development is so large that investment can help lift people out of both poverty and hunger .

“The goal is to understand where and how investment, innovation, policy and institutional change can help in making agri-food system transformation a driver for achievement of the Sustainable Development Goals,” Qu said.

Key to the planned actions are expanded partnerships with diverse groups of actors, adding new members to those countries that have been solid advocates in South-South and triangular partnerships, creating partnerships with academic and research institutions, and bolstering ties with the private sector, which is needed to “achieve impact at scale”, the Director-General said.

FAO will provide differentiated capacity building support to its members, helping both providers and recipients with assistance to “enable countries to effectively manage exchanges and engage in impactful and mutually beneficial” South-South and triangular cooperation.

“FAO can do a lot,” the Director-General concluded. “Together, we can do more and we can do it faster, and deliverable, to achieve the SDGs.”