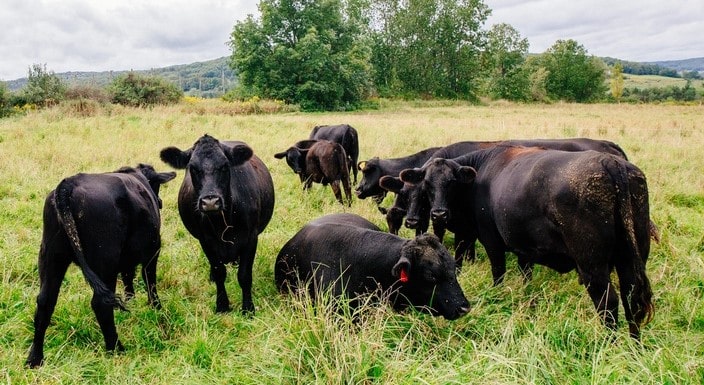 Deidre Harmon might not have known phrases like rumen fluid, cannulated heifers, neutral detergent fiber and acid detergent fiber while growing up on a beef cattle farm in Galax, Virginia, but she quickly learned that cows are amazing creatures that can thrive on some unlikely food sources. (file photo)

RALEIGH, N.C. — Deidre Harmon might not have known phrases like rumen fluid, cannulated heifers, neutral detergent fiber and acid detergent fiber while growing up on a beef cattle farm in Galax, Virginia, but she quickly learned that cows are amazing creatures that can thrive on some unlikely food sources.

“We had this little bread store in Galax,” she said. “We would get bread that was past the sell-by date, bakery products they couldn’t sell. We’d feed them to our beef cattle. I made a lot of pet cows out of feeding bread and donuts. They love bread and donuts.”

While stale bread and donuts would not be recommended staples for humans, the cattle not only loved them but gained weight and body condition. Much as they did on corn gluten feed and whatever they would forage from the fields — again, not recommended diets for humans or many animals.

“It was interesting to me when I was growing up watching what we fed to our cows and our calves at different times of year, how that changed their weight gain,” she said. “I always thought nutrition and forages were interesting.”

Harmon turned her childhood interest into a career. She is NC State Extension’s livestock specialist at the Mountain Research Station in Haywood County. She is still feeding beef cattle a variety of byproducts and evaluating how it impacts their health and their weight gain, but now she’s doing it on behalf of beef cattle producers and ultimately consumers.

What beef cattle producers are doing — what they have always done — is feed a variety of byproducts to their herds to supplement their diet. A safe increase in the amount of byproducts can decrease what producers spend on feed — one of their most significant costs — and potentially benefit consumers when they buy a steak or hamburger at the grocery store or restaurant.

“The beef industry has a rich history of taking byproducts from other industries and upcycling them into cattle feeds,” Harmon said. “Corn gluten feed comes from making corn syrup that you and I use everyday in cooking. Citrus pulp comes from the citrus industry. The vegetable industry here in western North Carolina is very strong with tomatoes and cucumbers. We can use the vegetable peels or whole fruit from those industries to upcycle into beef cattle feed.”

One of the questions producers are asking is what byproducts are the most effective, and how much they can use to get the best results. Harmon and graduate student Madeline Newsome — a member of the Chancellor’s Leadership Development Program when she was an undergraduate animal science major in the College of Agriculture and Life Sciences — are seeking answers through a research project that includes gauging the digestibility of wet brewers grains and cotton gin byproduct, waste products produced by North Carolina’s beer and cotton industries.

The answers will be added to the body of work accomplished by NC State Extension agents and researchers, with the ultimate goal of helping the state’s cattlemen reduce the cost of producing a high quality product for consumers.

“We’ll be taking this information and relaying it back to farmers, how much wet brewers grain they can feed, how much cotton gin byproduct they can feed, where they can get it, how they get it, and what the cost for them would be,” said Newsome, who grew up on a beef cattle and poultry farm in Stokes County. “We have to take into consideration transportation costs, would the breweries or cotton gins charge them for these byproducts, and how it could work with their overall production system.”

Barley seed is the primary grain used in beer production, sometimes augmented by corn and/or rye, depending on the type of brew. The process includes malting and mashing, adding and removing water, heating and cooling. When all that is finished, a liquid called the wort is extracted and used to make the beer. What’s left is called wet brewers grain.

It is considered a waste product by breweries, but because the basis is grain cattle can use it as feed.

Two of the major commodities in the western part of the state are beef cattle and craft beer, so the research into the brewery byproducts is a perfect match.

“We have a huge craft beer industry here in western North Carolina,” Harmon said. “We have a lot of byproducts created from that industry. If it wasn’t for beef cattle eating wet brewers grains, they would be going into landfills.”

In addition to feeding research, the project intends to find out how much might be available for cattle producers.

The other byproduct being studied is the waste produced by North Carolina’s cotton gins.

“Once everything the cotton industry wants is separated out, you have this plant residue — the stems, the cotton boll, maybe some lint, basically a modge podge of whatever came out of the field,” Newsome said. “They throw it outside in a pile. If it does not go to cattle it’ll go to a landfill. There’s really no other purpose for it.”

Like wet brewers grains, cotton gin byproduct is plant based and beneficial for cows, which can utilize it and turn it into energy.

Feeding cotton byproducts or wet brewers grains to beef cattle isn’t new. Neither is studying their effects on beef cattle production. What is new about this project is seeing how they do on a combination of the two.

“With Madeline’s study, we decided to up the ante,” Harmon said. “We’ve got so many wet brewers grains. We decided to add them to the cotton gin byproduct. We’re going to feed different amounts and combinations to see how much we can push and at what level they can consume. Will they continue to gain weight or will it decrease their weight gain? These are the questions that producers are asking us, and we have to do the research to find out.”

The answers are important because of the cost of feed.

“Feed costs are probably 60-70% of the total cost to produce the animal,” Harmon said. “Anything we can do to reduce that cost will help.”

The reason cattle can ingest and receive healthy protein from byproducts is because of their anatomy. Like other ruminants — including sheep and goats — their stomachs have four compartments. The first is the rumen, a large compartment containing fluid that is rich in symbiotic microbes that ferment feed and convert it into an energy source.

Newsome is utilizing cannulated heifers for the project. They are cows that have been fitted with a cannula — basically a porthole that allows access to the rumen. She will insert small feed bags with differing amounts of the byproducts. The bags have a coffee filter texture, allowing the microbes to pass through and digest the feed.

“We’re using four heifers,” she said. “Two will have cotton gin byproducts and two will not. All will have 20% wet brewers grains. The rest will be corn silage and ground corn. We’ll be putting it into the cannula, into the rumen, and leaving it for different time periods, 12 hours up to 96 hours.”

At the end of the time period, the bags will be evaluated to determine the efficacy of the feed and the rate of digestion.

“We’re going to analyze for NDF, which is neutral detergent fiber, and ADF, which is acid detergent fiber,” Newsome said. “We’ll be able to measure how much of the feedstuff the rumen microbes ate. We can look at the pH and fatty acids. Digestibility is the overarching term. All of the things we are measuring fall under that. How efficient are these animals consuming and digesting these feedstuffs? It’s a microscopic view of what’s going on with their digestive system.”

The information gleaned from the study will further Extension’s efforts to aid the industry.

“We’re continuing the chain of research to try to figure out these questions beef cattle producers are having,” Harmon said. 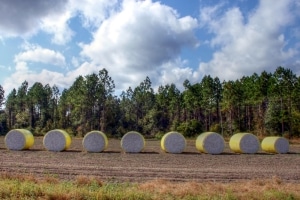 PERRY, Ga. — The 2021 Georgia Quality Cotton Awards were presented at the 2022 Georgia Cotton Commission Annual Meeting on January 26, 2022. The awards are co-sponsored by the Georgia Cotton Commission and Bayer Crop Science/Deltapine and administered by the University of Georgia (UGA) Cotton Team. Yangxuan Liu from the UGA Cotton Team conducted the […] 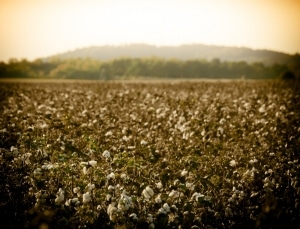 PERRY, Ga. — The Georgia Cotton Commission is pleased to announce the guest speakers at the Commission’s 15th Annual Meeting scheduled for Wednesday, January 26, 2022, at the UGA Tifton Campus Conference Center. The annual meeting is held in conjunction with the UGA Cotton Production Workshop conducted by the UGA Research & Extension Cotton Team. The UGA […] 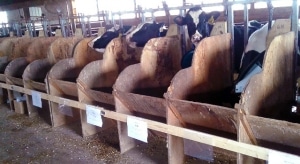 DURHAM, N.H. — In the past decade, the number of New Hampshire craft brewers has increased from 15 to 93. What happens to all of that grain when the brewing process is complete? Fortunately, wet brewers grains have shown promise as a cost-effective, high-nutrient feed replacement for conventional dairy feed. And new research from the NH […]