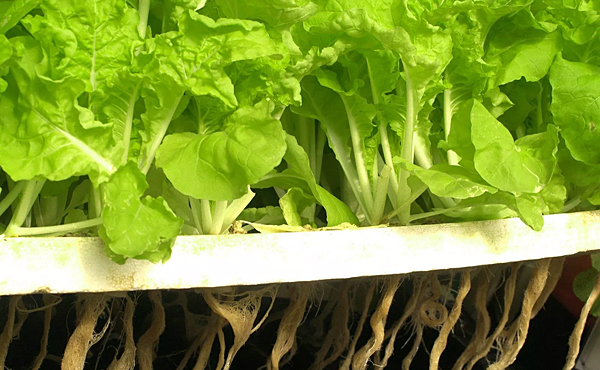 Growing food indoors has been trending for several years, and some farmers are weighing the benefits of moving production indoors. (Virginia Farm Bureau Federation)

RICHMOND, Va. — Growing food indoors has been trending for several years, and some farmers are weighing the benefits of moving production indoors.

According to the 2014 U.S. Department of Agriculture Census of Horticultural Specialties, the top crops grown under protection include tomatoes, strawberries, peppers, lettuce, herbs and cucumbers. Tomatoes were grown the most in a controlled environment, with 96,265 tons; of that amount, 82,797 tons were produced hydroponically. Cucumbers were the second-largest crop at 36,310 tons produced and 33,101 produced hydroponically.

Mattson said there were 37 stacked plant facilities and rooftop greenhouses in the United States in 2017. Stacking indicates the plants, usually shorter crops, are grown in multiple layers stacked one above another.

While there are benefits to growing in a controlled environment, barriers also exist. “Accessing capital and the high up-front costs of getting started are the biggest barriers to overcome, because this is still somewhat new,” Mattson said. It can be hard to show realistic business models, he added.

Accessing the market also can be tricky because “consumers are well-served by the conventional market,” Mattson said. “You need to show value to the table to get produce buyers to buy these crops.”

He said the energy required to grow the crops, and the labor force needed, can be daunting. “It’s a different type of labor,” Mattson said. “The sheer numbers for harvesting, packaging and educating growers to optimize production systems and push production” can be challenging.

Jerry Conner of Four Oaks Farms in Franklin County started a hydroponic greenhouse operation in 2012, planting the first seeds in April 2014. Four Oaks Farms grow lettuce and other leaf crops, including microgreens and herbs, as well as other vegetables. Conner sells produce at farmers’ markets and to area schools.

He said hydroponic operations require significant capital investment; computer, electrical, mechanical and plumbing knowledge; and 100 percent commitment 24 hours a day, seven days a week. “Plants don’t take Christmas or Thanksgiving off or anything like that, so I classify it as a labor of love.”