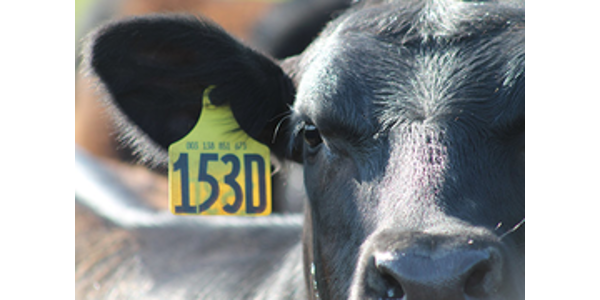 The USDA's July cattle inventory report confirms the general sentiment that the cattle cycle remains in a contractionary phase, with most statistics coming in close to pre-report expectations, according to Jason Franken, agricultural economist at Western Illinois University and contributor to the Illinois farmdoc team. (University of Illinois Extension)

URBANA, Ill. — The USDA’s July cattle inventory report confirms the general sentiment that the cattle cycle remains in a contractionary phase, with most statistics coming in close to pre-report expectations, according to Jason Franken, agricultural economist at Western Illinois University and contributor to the Illinois farmdoc team.

“Total inventory on July 1 is estimated at 98.8 million head, down 2% from a year ago, making this the fourth consecutive year of decline. All cows and heifers that have calved total 39.8 million head, also nearly 2% below last year, which reflects 2.4% fewer beef cows at 30.4 million head and 0.5% fewer milk cows at 9.45 million head,” Franken says.

“This report indicates the lowest level mid-year inventory of cattle overall since 2015, and of beef cows in particular since 2014, when producers were still rebuilding following the drought in 2012.”

As further evidence of continued contraction, beef and dairy replacement heifers are down about 3.5% and 1.3%, respectively, relative to last year, while other heifers are also down 1.3%, Franken notes. Overall, the inventory of all heifers weighing 500 pounds or more is down nearly 2%. Within that weight class, steers are down 1.4% and bulls are even with last year. The number of calves under 500 pounds is down about 2.5%.

The USDA’s most recent Cattle on Feed report indicates feedlots placed 1.63 million head on feed and marketed 2.06 million last June. That is about 2% fewer placements and 2% more marketings than in the prior June, bringing the July 1 total number of cattle on feed to 11.3 million, or just about 0.4% more than last July. The mix of steers and heifers indicates that, compared to a year ago, more heifers are being sent to the feedlots instead of staying on farm for breeding stock.

“Though total cattle on feed are up 0.4%, steers on feed are down about 1% while heifers are up 2.9% from last year. Looking at it another way, heifers comprise around 39% of the cattle in feedlots, as compared to only 31% to 33% during much of the last expansion. This is consistent with the reduction in replacement heifers and reflects producer disinterest in expanding the breeding herd,” Franken says.

“Taking into account the inventory and cattle on feed numbers, beef production is anticipated to be just 0.1% lower in 2022 than last year and then drop another 4% in 2023. Despite this projection, beef production year to date is 1.6% higher than at this time last year, with 2.54 billion pounds produced last month, the highest on record for June, so beef production remains high currently with continued herd liquidation.”

High rates of production have helped replenish cold stocks of beef, which on June 31 are down just 2% from a month earlier and up 29% from last year, when COVID limited availability of slaughter workers. In terms of domestic demand, per capita beef consumption is expected to drop slightly to 58.8 pounds per person in 2022 and then decrease another 6.5% to 55 pounds per person in 2023. Meanwhile, exports are projected to increase 14.7% in 2022, and then drop 24.5% in 2023. Those projections account for anticipated decreases in beef production and reflect some continuation of 2021’s sharp annual growth in exports into 2022; that is, projected exports for 2023 remain strong, at almost 1% greater than in 2020.

“These projections reflect tighter supplies and anticipated pullbacks in domestic consumption and export demand. However, if domestic demand holds and exports tick upward, then higher prices may be realized,” Franken says.

“Conversely, a number of uncertainties — such as any continued challenges with COVID, possibilities of further inflation and economic downturn, and ongoing issues with Russia, Ukraine, and China — could hinder demand and disrupt trade, in which case lower prices may result. Furthermore, variability in feed prices may affect the spread between live and feeder cattle prices,” he concludes.

Discussion and graphs associated with this article available here: https://uofi.box.com/s/x6mtz4gaz4b0dntpuy89dggnvp8duss3 or here: https://farmdocdaily.illinois.edu/2022/07/continued-cowherd-contraction-confirmed.html