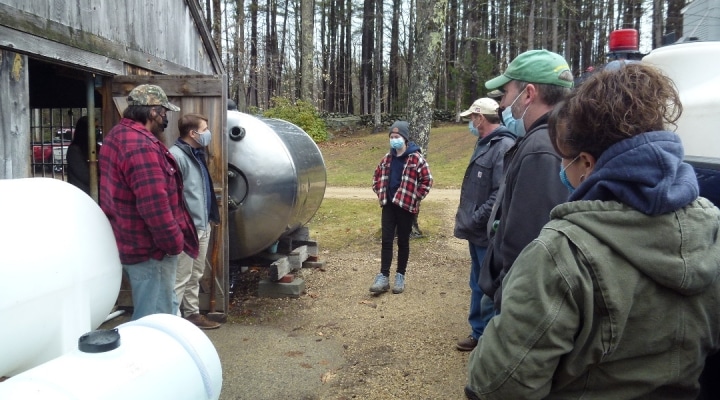 CHESTER, N.H. — Congressman Chris Pappas made a socially-distant visit to members of the New Hampshire Maple Producers Association (NHMPA) yesterday at Folsom’s Sugar House in Chester. A number of producers visited with the Congressman and discussed maple season, the pandemic, and more.

“You all are an important part of who we are in New Hampshire,” Pappas told the group standing inside and outside the sugar house. 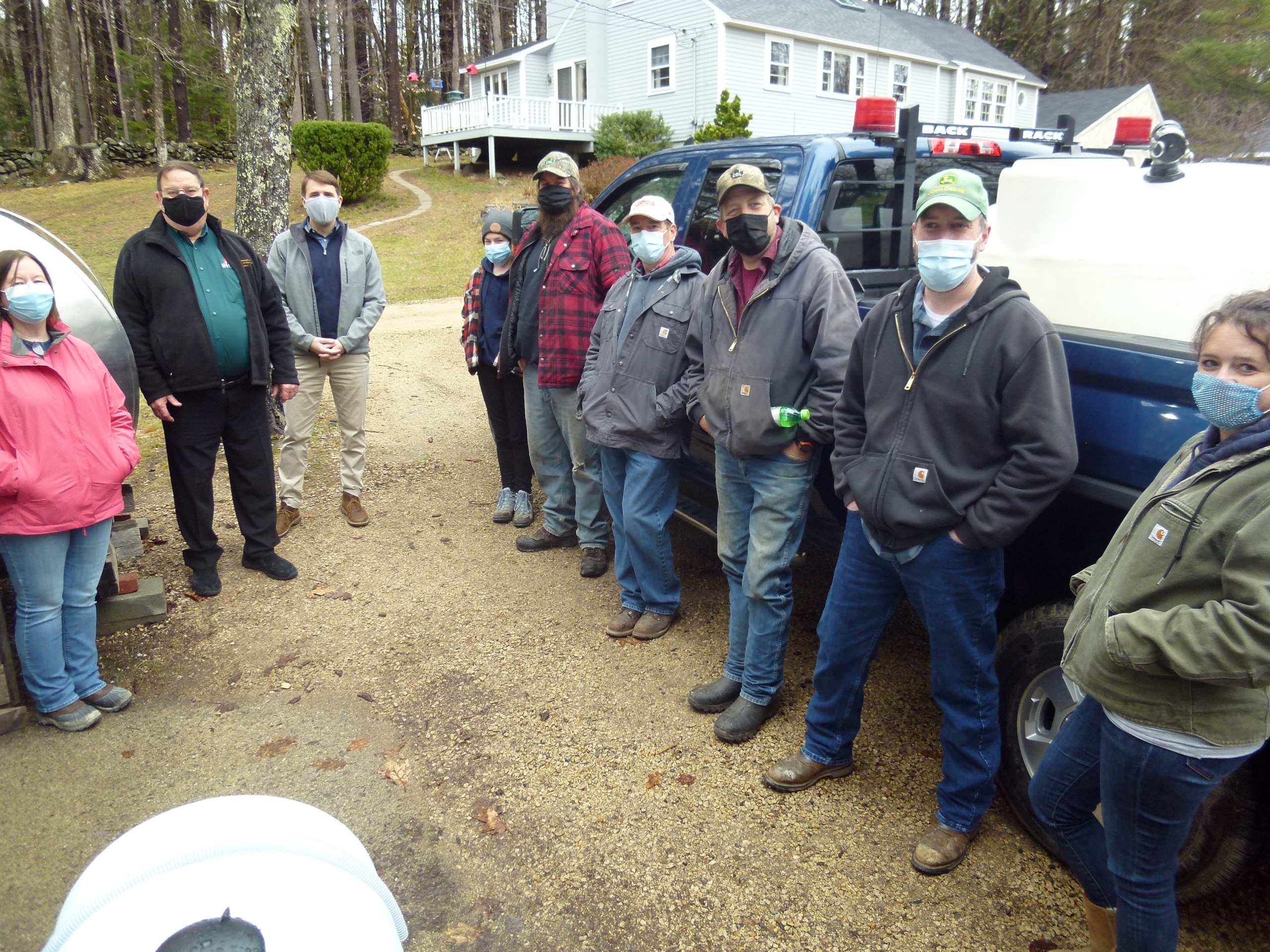 Producers recounted for Pappas the highs and lows of state and federal pandemic funding, and they explained how different grants have allowed them the opportunity to purchase different equipment to make the processing of sap into syrup more efficient, including reverse osmosis (RO) equipment. Producers discussed how equipment grants are helpful, but what they are really challenged with is expansion. Between explosive development around the state and ever-increasing property taxes, the producers told Pappas how they could use more support in order to be able to grow. What would help them most is to have more land protected by programs allowing for working conservation, like forestry and agriculture.

“Open ground is going to be our biggest challenge,” one of the producers said.

The grant discussion continued to include grants that might be available now, and Congressman Pappas said his office would follow up with the Association.

“We would love to see how we can help the Association and all the individual members,” Pappas said.

Dave Kemp, the Association’s Vice President, discussed with the Congressman the work being done by the International Maple Syrup Institute (IMSI, of which NHMPA is a part) regarding changing the aging definition of syrup. Kemp gave Pappas a copy of the existing definition, which allows for additives like salt to be included, as well as the proposed changes and a petition supporting the changes that was signed by most producers. Pappas said he would review the information and watch for the legislation. 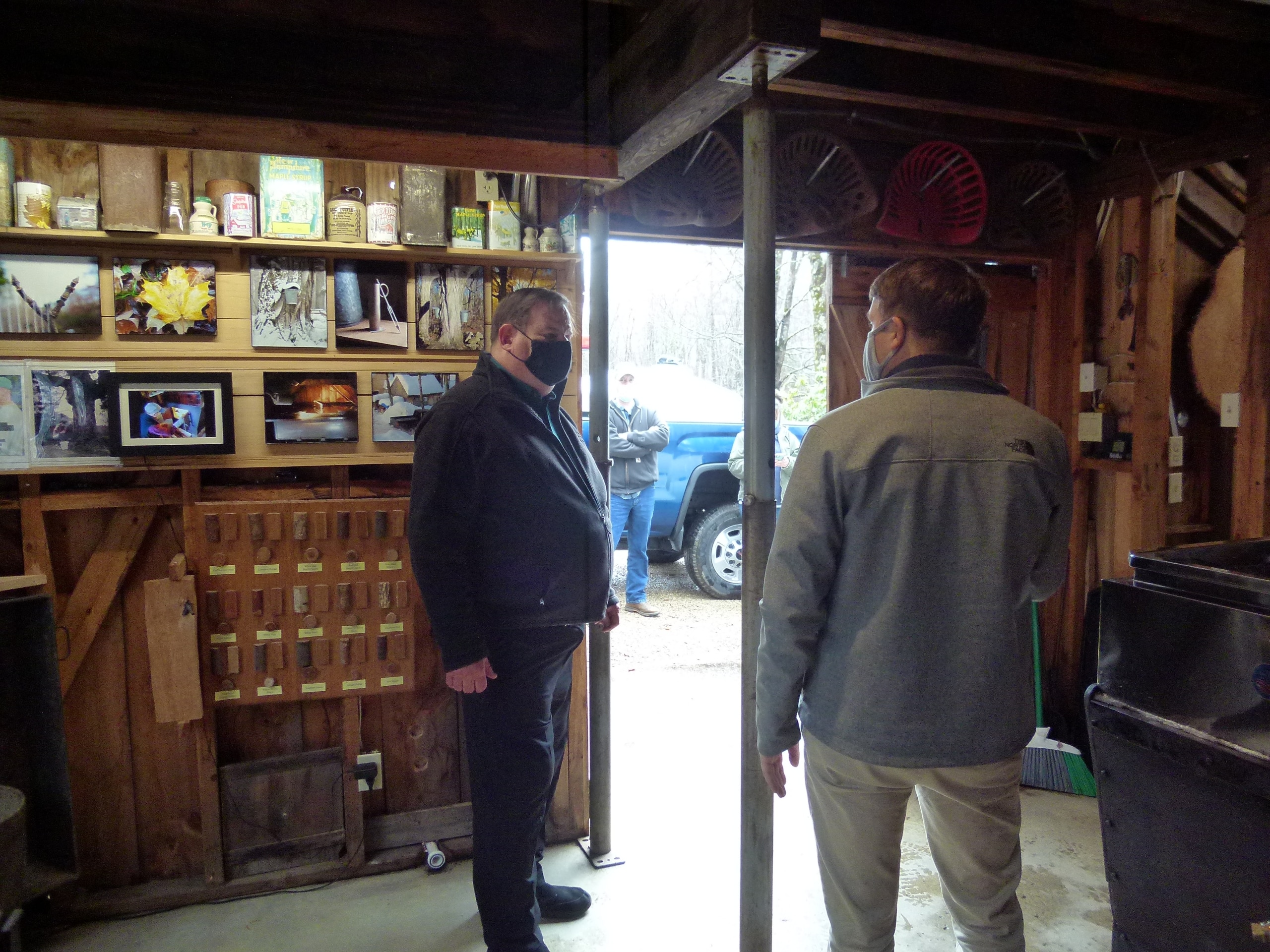 Those in attendance also explained to Pappas about how last summer’s drought affected the season’s maple crop. The maple crop typically takes two seasons to recover from a drought, meaning next year’s crop should be better and the crop after that should be better still, assuming there is not another drought in the meantime.

The producers were hopeful when they spoke about the state’s fairs. They discussed how there was a significant loss of income when Maple Weekend and then the fairs were cancelled in 2020. They explained how they like to get out and meet with fairgoers and sell maple products.

The meeting was an opportunity for the producers themselves to gather since many had not done so in the past year. They had the chance to compare notes on the crop and traffic, how many taps everyone had, and any other projects that might have come up in the last year.

For more articlces out of New England, click here.

Making Sense of Trusts as an Estate Planning Tool