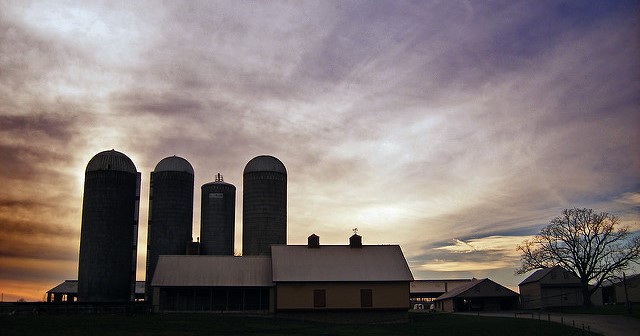 The state has about 1,000 Latino farm workers who are working or seeking work, and many are likely living in the country illegally, said Erin Shea, migrant education program director for the University of Vermont Extension Service. (Nicholas A. Tonelli, Flickr/Creative Commons)

WILLISTON, Vt. (AP) — Vermont agriculture officials are discussing how to replace immigrant farmworkers, who are key to the success of the state’s dairy industry, should they be targeted under the Trump administration’s immigrant policy.

The state has about 1,000 Latino farm workers who are working or seeking work, and many are likely living in the country illegally, said Erin Shea, migrant education program director for the University of Vermont Extension Service.

The proposals include training inmates to do the work, employing temporary workers or refugees and attempting to use foreign workers through a seasonal visa program.

“This is just the what-if exercise. What if something was to happen,” said Agriculture Secretary Anson Tebbetts. “Right now, everything’s perfectly fine — nothing going on — but we just want to be a little bit proactive because it will become something we need to pull together quickly if it does happen.”

An estimated 177 of the state’s 818 dairy farms use Latino workers, according to UVM extension, which estimates that about 660 immigrant workers are employed, working 60 to 70 hours a week.

Losing them would mean a lot less milk produced in Vermont, said Paul Doton, a Barnard dairy farmer who is on the board of the Agri-Mark dairy cooperative.

“The local labor force just doesn’t want to do that work. And it isn’t just the large farms that are affected. There are a lot of smaller farms that will have one Mexican employee,” he said.

Republican Gov. Phil Scott has said the state will not work with federal authorities to carry out border security and immigration enforcement orders as suggested by recent executive orders signed by GOP President Donald Trump.

Scott is convening a Civil Rights and Justice Cabinet that will meet for the first time Friday.

Lt. Gov. David Zuckerman, a Progressive and Democrat, said at the annual dairy meeting at the Vermont Farm Show on Thursday that he would like to help by possibly reaching out to lieutenant governors in Republican-leaning states with similar labor challenges.