Home / Iowa / Conaway to speak at Commodity Classic
A new user experience is coming! We'll be asking you to login to your Morning Ag Clips account March 1st to access these new features.
We can't wait to share them with you! Read more here. 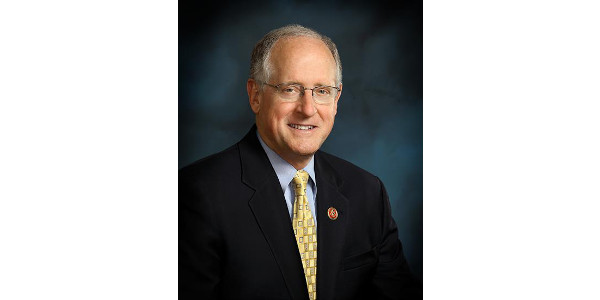 U.S. Congressman Mike Conaway, chairman of the House Committee on Agriculture, will address the thousands of attendees at the 2017 Commodity Classic in San Antonio, March 2-4, 2017. (Courtesy of Commodity Classic)

ST. LOUIS  — U.S. Congressman Mike Conaway, chairman of the House Committee on Agriculture, will address the thousands of attendees at the 2017 Commodity Classic in San Antonio, March 2-4, 2017.

Congressman Conaway will speak during the popular General Session, which takes place from 9:00 a.m. to 11:00 a.m. on Friday, March 3.

Serving his seventh term in the U.S. House of Representatives, Congressman Conaway represents 29 counties in Texas’ 11th congressional district, including the cities of Midland, Odessa and San Angelo.  A native Texan, he grew up in Odessa and earned a Bachelor of Business Administration degree in accounting from Texas A&AM University-Commerce.  A conservative Republican, Rep. Conaway’s background as a CPA gives him a unique perspective on fiscal responsibility.

In addition to his role as chair of the House Committee on Agriculture, Rep. Conaway also serves on the House Armed Services Committee and the Permanent Select Committee on Intelligence.

“We are very pleased that Congressman Conaway has agreed to address Commodity Classic attendees,” said Ed Erickson, Jr., a North Dakota soybean farmer and co-chair of the 2017 Commodity Classic.  “With the change in administration in Washington, DC, the next Farm Bill due for debate, and discussions on international trade policy, the farmers attending Commodity Classic will be very interested to hear from one of the nation’s ag policy leaders on a wide range of issues.”

In addition to Congressman Conaway’s remarks, the General Session will include a presentation from John O’Leary, one of the most popular inspirational speakers on the circuit.  After suffering severe burns and amputations as a child, O’Leary shares a message of navigating adversity through decision-making, revealing a brighter vision for what’s possible and living boldly to impact others.

Attendees may register for all three days of Commodity Classic or register for one day only.  For example, Friday registration includes the General Session, the early morning live taping of U.S. Farm Report, access to the huge Commodity Classic trade show with 425 exhibiting companies, the AG CONNECT Main Stage programs, and a wide range of educational sessions and technical presentations.  After the event, registrants will also be able to access on-line videos of selected educational sessions that took place on the days for which they were registered.

The 2017 Commodity Classic will be held at the Henry B. Gonzalez Convention Center.  The convention center will house most Commodity Classic events, including the Opening Reception, General Session, Evening of Entertainment, Trade Show, Learning Center Sessions and What’s New Sessions.

A detailed schedule of events is also available on the website.