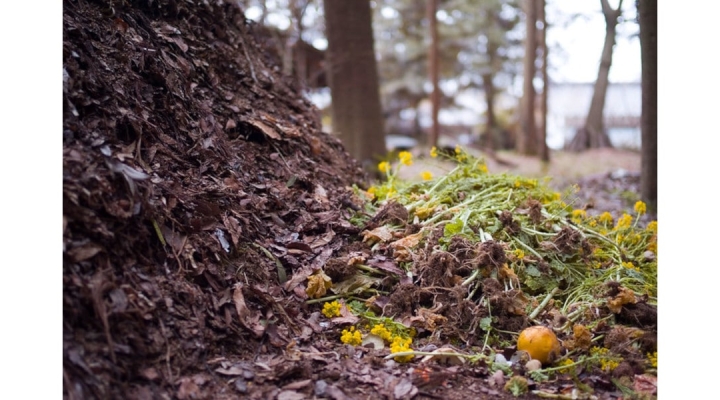 MANHATTAN, Kan. — Composting is a simple way to keep the home garden healthy while also helping the environment, but there is a certain art to doing it right, said Dennis Patton, a horticulture agent in K-State Research and Extension’s Johnson County office.

“The science is making sure the composting process works,” he said, “and the art part of it is figuring out what works for you.”

Patton said compost can be any dead plant or animal matter, but don’t be fooled by the definition.

“We put dead stuff in the compost, but the compost is very much alive,” he said.

Patton said compost consists of a mixture of green and brown matter, both of which are key to making the microorganisms “happy.”

Also, grass, hay or manure from a pasture that uses herbicides should not be added to the pile. Patton said these materials can all taint the compost and damage plants.

Once safe materials are available for compost, Patton said there is not really a bad location for the pile, but he suggests avoiding a low area that will collect water — which can cause a bad smell.

To maintain the compost pile, Patton suggests watching for the development of heat within a week to 10 days of its initial construction. “If the compost pile is properly constructed, that internal part of the pile should be reaching up to 140 degrees Fahrenheit or more.”

Once the pile begins to cool down, it is time to turn the materials, a process that distributes moisture. Eventually, the pile will heat up again, then turned when it cools.

Patton said it may take between 3-6 months to form compost, but he adds, “the more you leave it in the back corner and leave it up to Mother Nature, it may take a year or more until you have compost.”

Board of Animal Health to hold virtual meeting June 8

Hurry! Today is the last day!