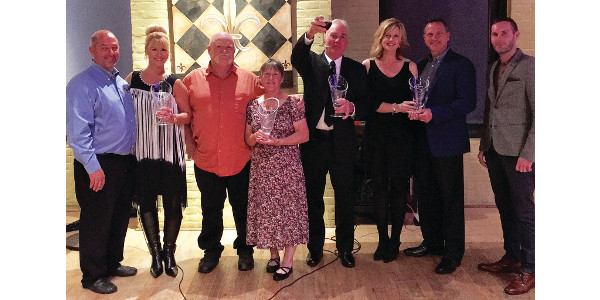 FRANKFORT — Some familiar names and a first-time winner rounded out the list of Commissioner’s Cup-winning wineries at the 2017 Kentucky Commonwealth Commercial Wine Competition.

“The Commissioner’s Cup is the highest recognition awarded in the Commonwealth to the top Kentucky wine of the year in each of four categories,” Agriculture Commissioner Ryan Quarles said. “These and the other medal-winning wines show that Kentucky’s wineries continue to improve on the quality of their products. Congratulations to all the wineries in the competition on a job well done.”

The Commissioner’s Cup-winning wineries and the wines in each category were:

· Best Dry Red – Prodigy Vineyards & Winery, Frankfort, Chambourcin, 2013. This was the first wine to repeat as a winner in the five-year history of the competition, although it was a different vintage.

The Commissioner’s Cup winners were honored in an awards dinner Saturday at The Loft @ Over the 9 in Louisville. To be eligible for the Commissioner’s Cup, a wine must be awarded a gold medal in the competition and must be produced from a minimum 75 percent Kentucky fruit.

Kentucky wines earned 18 gold medals, with eight going to wines from Purple Toad Winery in Paducah. Wines were judged blind based on individual merit. A total of 162 wines were entered and judged on Oct. 14 at the University of Kentucky Horticulture Research Farm in Lexington.

With a goal of public awareness and education through promotion and recognition, the Kentucky Commonwealth Commercial Wine Competition & Commissioner’s Cup is the quintessential yearly guide to the best wines produced throughout the state. Eligible only to licensed Kentucky small-farm wineries, the competition assembles panels of expert judges made up of industry leaders throughout the nation to systematically assess and score entries.

For a list of medal-winning wines, go to competition.kentuckywine.com.

Be on the lookout for spotted lanternfly
July 27, 2022