Home / National / Committee passes Family Farmer Relief Act
A new user experience is coming! We'll be asking you to login to your Morning Ag Clips account March 1st to access these new features.
We can't wait to share them with you! Read more here. 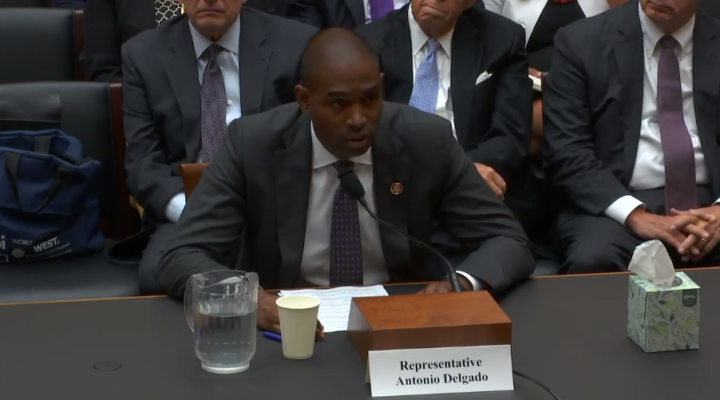 “Family farmers are facing alarming rates of foreclosure and this down farm economy is exacerbated by an outdated filing cap that leaves farmers without options to restructure or repay their debt," stated Rep. Antonio Delgado. (Congressman Antonio Delgado, Facebook)

“Family farmers are facing alarming rates of foreclosure and this down farm economy is exacerbated by an outdated filing cap that leaves farmers without options to restructure or repay their debt,” Delgado said. “I am pleased to see House Judiciary Committee members on both sides of the aisle pass my legislation to get family farmers their long overdue debt relief. Today, the House took steps to bring the Family Farmer Relief Act closer to the floor so we can give our farmers and growers the flexibility they need to continue operations.”

As a member of the Agriculture, Transportation and Infrastructure, and Small Business Committees, Delgado has prioritized bringing the voices of small farmers to Washington. The 19th Congressional District is the eighth most rural district in the country and the third most rural district represented by a Democrat. There are just under 5,000 farms and over 8,000 farm operations in NY-19. In the first six months in office, Rep. Delgado has established and met with his Agriculture Advisory Committeeand toured farms and sat down with local farmers to hear about localized infrastructure, technology needs, and sustainable farming practices.

— The Office of Rep. Antonio Delgado

US growing largest crop of marijuana in 5 years