Home / Kentucky / Commissioner praises contributions of female farmers ahead of Kentucky Women in Agriculture Day
A new user experience is coming! We'll be asking you to login to your Morning Ag Clips account March 1st to access these new features.
We can't wait to share them with you! Read more here. 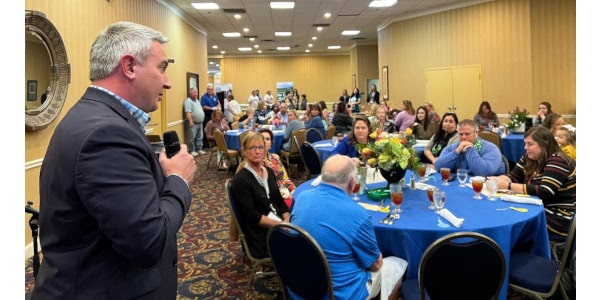 “Anytime women find a seat at the table in any profession, it’s a win,” Commissioner Quarles said. “That follows true in agriculture, as well. Recent survey data has shown women make up nearly 40 percent of our producers. I was happy to join Kentucky Women in Ag today to help celebrate the contribution our female producers have to our farm economy.”

KWIA’s membership is comprised of women who own and operate farms and agribusinesses, as well as agriculture entrepreneurs, state and federal personnel, ag educators and students, and consumers. The annual conference provides attendees with the opportunity to network and nurture a recognized agriculture and agribusiness community. By empowering women through education, involvement, and action, KWIA has a positive influence on Kentucky agriculture.

That influence is important, as the number of female farmers in Kentucky keeps growing. In 2017, 42,946 women farmed in Kentucky, up 36.7 percent from the number identified in the previous 2012 U.S. Department of Agriculture (USDA) census. Of those, 33,550 were involved in making day-to-day decisions on the farm, 26,215 were the principal producers on their farms, and 12,648 listed farming as their primary occupation, the census found.

The Census of Agriculture is a complete count of U.S. farms and ranches and the people who operate them. Even small plots of land – whether rural or urban – growing fruit, vegetables or some food animals. The Census of Agriculture, taken only once every five years, looks at land use and ownership, operator characteristics, production practices, income and expenditures. USDA will start collecting information for the next census in 2022.

Kentucky Agricultural Development Board approves more than $2.8 million for projects ﻿across the commonwealth

Workshop series: Know Your Numbers and Know Your Options
January 23, 2022