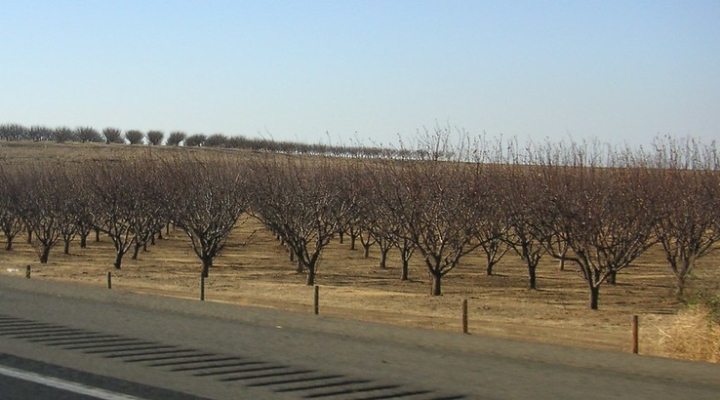 Whole Orchard Recycling is a practice by which orchards are chipped and incorporated back into the soil. (Beatrice Murch, Flickr/Creative Commons)

Whole Orchard Recycling is a practice by which orchards are chipped and incorporated back into the soil. As an alternative to burning, it builds soil organic carbon and microbial biomass, which improves soil health, nutrient levels, structure and water retention. The scientific process developed for quantifying carbon sequestration and reductions of greenhouse gas emissions in agroecosystems has been validated by modeling Whole Orchard Recycling, in partnership with the California Air Resources Board, for more than nine years in an experimental field trial at the Kearney Agricultural Research and Extension station of the University of California Agriculture and Natural Resources Cooperative Extension.

“We are excited to propose a new science-based management practice to be added to the existing list of carbon sequestration practices under the Healthy Soils Incentives Program,” said CDFA Secretary Karen Ross. “This will allow growers to put a valuable carbon pool from their fields back into the soil, and further climate change adaptation and resiliency.”

A summary of the results and report was presented at the October 17, 2019, public meeting of the Environmental Farming Act Science Advisory Panel in San Luis Obispo.

“This practice is timely with California’s increased acreage dedicated to orchard crops and will certainly give farmers another practice to try as part of the Healthy Soils Incentive Program,” said Jocelyn Bridson, Chair of the Environmental Farming Act Science Advisory Panel.

The research was supported by California Climate Investments, a statewide program that puts billions of cap-and-trade dollars to work reducing greenhouse gas emissions, strengthening the economy and improving public health and the environment — particularly in disadvantaged communities.