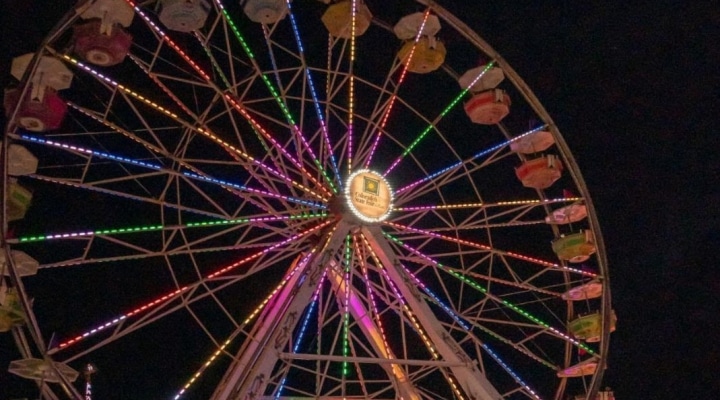 Colorado State Fair announced its celebration plans for the 150th State Fair, scheduled for August 26 - September 5, 2022, at the State Fairgrounds in Pueblo, Colorado. (photo by Colorado Department of Agriculture)

BROOMFIELD, Colo. — The Colorado State Fair announced its celebration plans for the 150th State Fair, scheduled for August 26 – September 5, 2022, at the State Fairgrounds in Pueblo, Colorado.

Over the span of 150 minutes, the Colorado State Fair sold admission tickets for $1.50, selling a total of more than 26,650 tickets. Additionally, the State Fair announced three performances for the sesquicentennial State Fair: Walker Hayes, Jim Gaffigan, and Lady A with special guest Priscilla Block. The 2022 fair will also feature special firework shows and a themed sand sculpture celebrating the milestone event.

Concert headliners Lady A, Jim Gaffigan, and Walker Hayes, all expressed their excitement through a series of personalized videos on the Colorado State Fair social media channels. Governor Jared Polis also shared his enthusiasm for the anniversary and upcoming Colorado State Fair events, including the second annual Governor’s Plate competition. Additional information about performances and events will be released in June.

Tickets for Lady A with special guest Priscilla Block, Jim Gaffigan, and Walker Hayes will go on sale to the general public on Friday, April 1 at 10 a.m. and can be purchased online at etix.com, by phone at 1-800-514-3849 and in person at the Colorado State Fair Box Office. Concert tickets purchased through August 25 include fair general admission.

“We are excited to celebrate the 150th Colorado State Fair with you this year,” said Scott Stoller, General Manager of the Colorado State Fair. “Join us for 11 days of concerts, livestock competitions, and most importantly, fun!”

The first fair in Colorado was held in 1872, before Colorado became a state, and was organized by the Southern Colorado Agricultural and Industrial Association. Since then, the fair has been held in Pueblo every year except 1918, when the fairgrounds were used for military training of troops during World War I.

About the Colorado State Fair: The Colorado State Fair is an annual event held in Pueblo, Colorado that creates an entertaining, inspiring, and educational inter-generational experience highlighting the preservation, promotion, and exposition of our State’s vibrant and diverse agriculture, industry, and culture.

Tips to maximize every input dollar