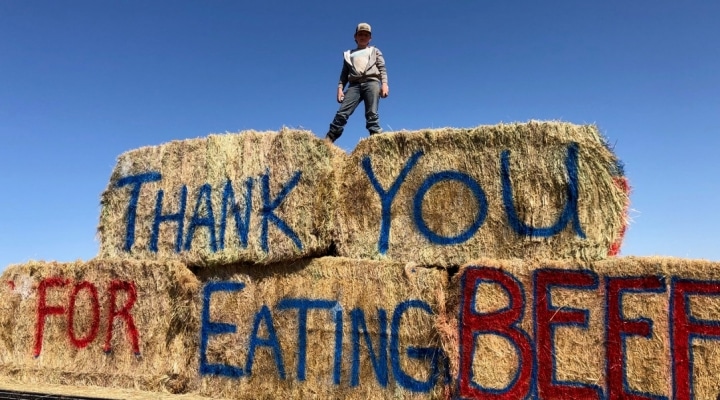 “While we saw rural Colorado turn out in record numbers and with record donations collected, we were also encouraged by the strengthening of a bond between metropolitan and rural voices around this effort,” said Janie VanWinkle, CCA President. (Courtesy Photo)

ARVADA, Colo. — It was a weekend of reconnecting, celebrating our livestock production, and uplifting those in need throughout Colorado and neighboring states as the agriculture industry celebrated “Meat In day” on March 20th. Rather than villainizing meat protein sources, producers and consumers alike rallied to show their support for agriculture and livestock production.

Across all of Colorado, March 20th was a day of celebration and appreciation for the agriculture industry. More than 35 cities and counties signed proclamations in order to promote the importance of agriculture in Colorado; designating March 20th as “Cattlemen’s Day,” “MeatIn Day,” or other similar designations. Colorado Cattlemen’s Association (CCA) expresses our sincere gratitude for all those who hosted and participated in the various gatherings around the state. The strength of the industry is rooted in your communities, and your voices were heard and your contributions are recognized statewide.

To this extent, this movement and support for the agricultural industry transcended beyond rural areas as urban communities and consumers also rose to the occasion to unite behind the contributions of agriculture. “While we saw rural Colorado turn out in record numbers and with record donations collected, we were also encouraged by the strengthening of a bond between metropolitan and rural voices around this effort,” said Janie VanWinkle, CCA President. “We are appreciative of the support around the Meat In movement and look forward to continuing to strengthen this partnership across the state and nation into the future.”

With more than 75 events, plus countless restaurant and retailer specials, meat was on the menu and tables across the state. At the 75 events alone, more than 25,000 people were offered complimentary barbecue meals, including more than 1200 food insecure Denver residents. However, a Meat In day meant more than just enjoying a delicious meal with friends, family, and neighbors. “Many events emphasized supporting and feeding the food insecure. Donations were collected at varying events to support their local communities and the broader beef industry,” said Terry Fankhauser, CCA Executive Vice President. “The tally is ongoing, but as of late, over $300,000, supporting need-based causes, has been collected in the name of Meat In day.”

On the backside of this celebratory movement is a proposed ballot initiative that would drastically harm animal agriculture and consumer access to affordable food in Colorado. Initiative #16 would limit beneficial animal husbandry practices and stipulate unrealistic harvest requirements for livestock. Now more than ever, livestock producers and consumers need to come together and support Colorado from pasture to plate.

The unity that was showcased with the Meat In movement across the entire state is encouraging for bridging between agriculture and urban audiences. Let this momentum around the Meat In movement serve as an example for how Coloradans can work together for a viable, beneficial future.