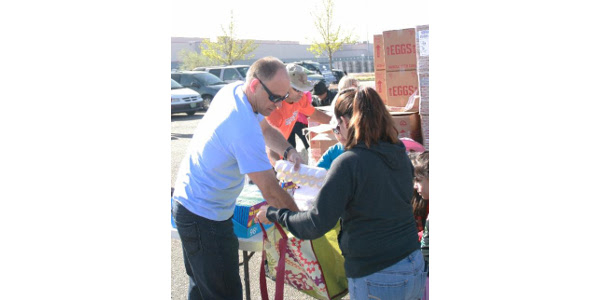 The Food Bank of the Rockies in Denver — a Feeding Colorado member — had its mobile pantry set up on April 14 at Dick’s Sporting Goods Park in Commerce City, where they distributed a portion of those donated eggs, along with other food items, to about 350 families.

This marks the 10th consecutive year that the Colorado Egg Producers (CEP) Association-member farms have partnered with the Feeding Colorado food banks to help those in need for the Easter holiday. CEP was elated to have again contributed to the efforts of Feeding Colorado and the Good Egg Project — an initiative to end childhood hunger through the American Egg Board.

During the 10 years that local CEP-member farms have partnered with Feeding Colorado, the total in Easter donations has amounted to about 3 million eggs. Although, when factoring in their regular weekly and monthly donations, Colorado’s egg farms donate an estimated 1 million eggs per year to local food banks, and have now donated about 10 million eggs during the past decade.

Working to serve you better