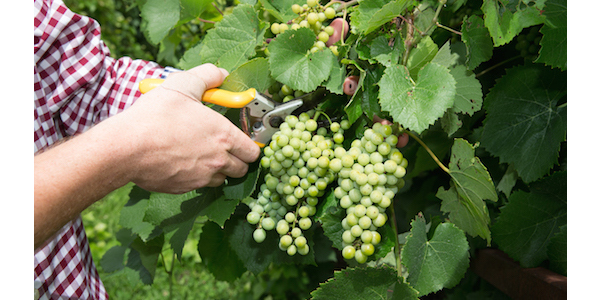 SPRINGFIELD — Missouri State University’s Darr College of Agriculture is a hub for research and discovery. Its faculty and students conduct experiments to improve agricultural practices.

All three projects will be carried out at MSU’s Mountain Grove campus, which also serves as the State Fruit Experiment Station.

“I’m confident these projects will provide valuable information for producers raising these crops in Missouri and beyond,” said Dr. Ronald Del Vecchio, dean of the Darr College of Agriculture.

Marilyn Odneal, clinical instructor of agriculture, received $13,200. She is experimenting with several varieties of primocane raspberries in grow bags that are rotated in and out of high tunnel greenhouses.

“We are investigating a potentially profitable crop for farmers,” said Odneal. “The project will allow farmers to maximize profit by planting and harvesting multiple crops in the same space.”

The trial is in its fourth year, and it will conclude in 2019.

Jennifer Morganthaler, clinical instructor of agriculture, will investigate the effect of irrigation in increasing tree growth and production of black walnuts in upland soil. The project received $16,568, and it is co-led by Dr. Martin Kaps and Dr. Michael Goerndt, both agriculture faculty.

This long-term study, which began in November, will provide more data on black walnut production so it can grow better in locations it is not native.

“The project will also strengthen the current partnership with the Missouri grape and wine industry by training a skilled and motivated workforce, and releasing new grape cultivars,” Hwang said.

About Missouri State University
Missouri State University is a public, comprehensive metropolitan system with a statewide mission in public affairs, whose purpose is to develop educated persons. The university’s identity is distinguished by its public affairs mission, which entails a campus-wide commitment to foster expertise and responsibility in ethical leadership, cultural competence and community engagement.

About the Darr College of Agriculture

The William H. Darr College of Agriculture integrates excellence in teaching, service and research into each of the 10 undergraduate, four minor and four graduate programs. Within the school, there are three departments: agribusiness, agricultural education and communications; animal science; and environmental plant science and natural resources. Each program has unique research facilities that allow for both basic and applied (hands-on) research.