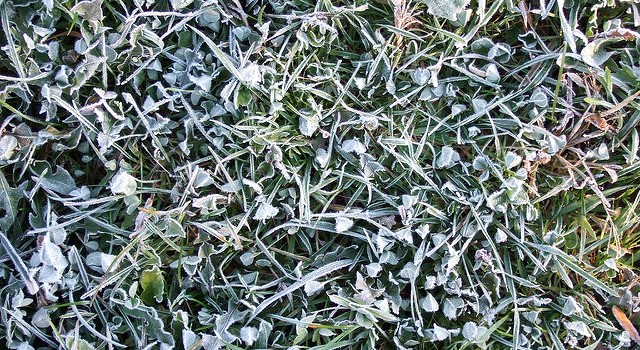 Hard freeze warnings were posted overnight up and down the agriculturally rich Sacramento and San Joaquin valleys, meaning temperatures would be 28 degrees (-2.2 Celsius) or lower for two or more consecutive hours. (Matt Feifarek, Flickr/Creative Commons)

The very cold air mass from western Canada brought the most frigid temperatures so far this winter and the coldest in years for some locations, the San Francisco/Monterey National Weather Service office said.

The mercury dipped into the 20s and 30s in many areas and into single digits in some mountain locations before dawn. San Francisco International Airport was 36 (2.2 Celsius), breaking the record of 37 (2.7 Celsius) set on the date in 2011. Downtown Los Angeles was in the low 40s.

Hard freeze warnings were posted overnight up and down the agriculturally rich Sacramento and San Joaquin valleys, meaning temperatures would be 28 degrees (-2.2 Celsius) or lower for two or more consecutive hours, potentially threatening crops. The warnings expired at midmorning but were set to go back into effect Tuesday night and into Wednesday morning.

Joe Del Bosque, owner of Del Bosque Farms on the west side of the San Joaquin Valley, said he’s concerned that there’s been damage to his cherry trees and his asparagus, but even more so to his almond crop.

He said temperatures dipped as low as 29 degrees (-1.6 Celsius) off and on for two hours at his 2,000-acre farm overnight. Damage won’t be apparent to any of his crop for at least a day or two, he said.

Like most farmers, he’s irrigating his orchards because water around the crops helps moderate temperatures.

The weather “will undoubtedly affect the area’s citrus crop, although the full extent of which won’t be known until the spring,” according to a news release from California Citrus Mutual, a trade association.

For skiers and snowboarders, the cold brought some improvement in the season.

Bear Mountain Resort in the San Bernardino Mountains east of Los Angeles said it received 4 inches (10 centimeters) of natural snow from the system but artificial snowmaking benefited from one of the coldest nights of the year. Mammoth Mountain in the Sierra Nevada reported about the same snowfall and was just 16 degrees (-8.8 Celsius) at noon.

The cold followed a blustery weekend storm system that churned whitecaps in coastal waters and whipped up sandstorms along some beaches but delivered little precipitation.

“This last storm system essentially paved the way for a series of weaker storm systems to follow in its footsteps, essentially opening the storm door for the winter once again,” the National Weather Service said.

Several more storms were in the mid- to long-range forecasts, but didn’t bear much promise of rain and snow.

“None of these initial storm systems look particularly wet, so expect February to end with a significant precipitation deficit for most areas,” the weather service said.