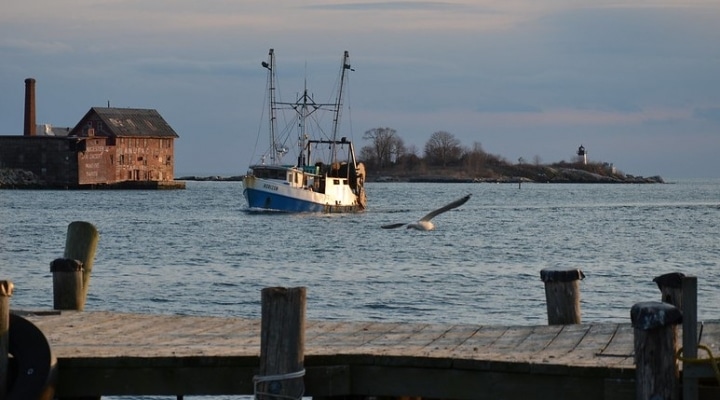 Blue Harvest, a fishing and processing company in New Bedford, has reached an agreement to buy a dozen of Carlos Rafael's boats and his remaining permits for fish such as cod and haddock. (chuck624, Flickr/Creative Commons)

NEW BEDFORD, Mass. — A Massachusetts company is slated to acquire most of what’s left of the boats owned by a former fishing magnate known as the Codfather, who was forced out of the industry after committing an elaborate fraud.

Blue Harvest, a fishing and processing company in New Bedford, has reached an agreement to buy a dozen of Carlos Rafael’s boats and his remaining permits for fish such as cod and haddock.

The sale means the boats will get back into the water this spring, and the jobs will stay local, said Keith Decker, chief executive officer of Blue Harvest. Decker declined to comment on the price of the sale.

“Our goal is to operate in a transparent manner,” Decker said. “We’re a New Bedford-based company, able to keep the jobs here and create them for the greater New Bedford area.”

Carlos Rafael was the owner of one the largest commercial fishing operations in the U.S. before his arrest for dodging quotas and smuggling profits led to his downfall. Rafael agreed to a settlement with the federal government that required him to sell off his assets.

His attorney, John Markey of New Bedford, said the sale of the fishing boats means more than 95% of Rafael’s fishing assets have been divested. The only federal fishing permit left is one for herring, he said.

“The Rafaels are pleased that the jobs will remain in New Bedford, and they are pleased the permits will be able to be used so people can get back on the water,” Markey said.

John Ewald, a spokesperson for the National Oceanic and Atmospheric Administration, the arm of the federal government that regulates fisheries, declined to comment on the sale.

Some members of the New England fishing industry had hoped Rafael’s assets would be spread around among many buyers in different ports, but that doesn’t appear to be the likely outcome.

“The game is changing. How do we evolve with it or get left behind?” Martens said. “Our hope is Blue Harvest will come in and be good stewards.”

Rafael was based in New Bedford, one of the most important commercial fishing ports in the country.

Investigators charged that Rafael’s vessels claimed to catch groundfish species such as haddock or pollock when they had actually brought species to shore that were subject to stricter quotas. He smuggled the proceeds from the sales to Portugal.

Rafael was eventually sentenced to nearly four years in prison.

The sell-off of Rafael’s assets began in September when other buyers announced the acquisition of his scallop fishing boats. The major buyer of those boats also pledged to keep the vessels local.