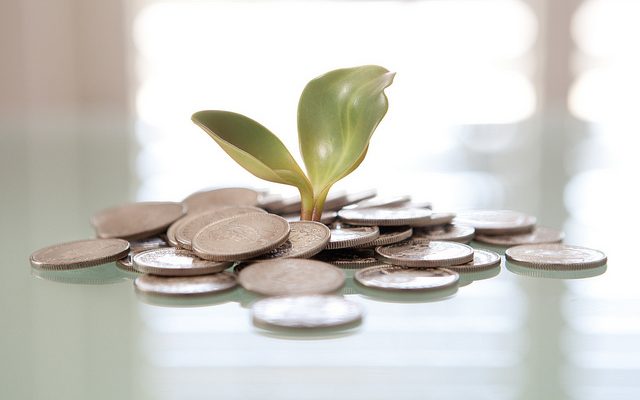 For the fourth quarter of 2016, net income was $227.3 million compared to $236.3 million in the same period of 2015. Earnings declined primarily due to a $15 million provision for loan losses taken during the fourth quarter of 2016, which more than offset the positive impacts of higher net interest income. Net interest income for the quarter increased 3 percent to $345.0 million as a result of higher average loan volume. Average loan volume increased 7 percent during the period, to $93.2 billion.

In March, the bank will distribute a record $588.1 million in total patronage to customers, including $473.9 million in cash and $114.3 million in common stock. “Patronage is an important part of the value we provide as a financial cooperative,” Halverson said. “It effectively lowers the overall cost of borrowing for customers while enabling them to build equity in the bank and have a voice in the governance of our business. We’re delighted with the level of patronage approved by our board of directors and look forward to delivering this benefit to our customers in coming weeks.”

“Agribusiness borrowers are facing a number of challenges, including the continuing softness in commodity prices, a strong dollar, and slower economic growth in China and other international markets,” said David P. Burlage, chief financial officer. “It’s possible CoBank will see further deterioration in credit quality as a result of these trends. That said, overall credit quality continues to be strong, and we remain confident in the bank’s risk-bearing capacity and its continued ability to meet the borrowing needs of its customers.”

Capital and liquidity levels at CoBank remain well in excess of regulatory minimums. As of December 31, 2016, shareholders’ equity was $8.6 billion, and the bank’s permanent capital ratio was 15.47 percent, compared with the 7.0 percent minimum established by the Farm Credit Administration (FCA), the bank’s independent regulator. At year end, the bank held approximately $30.2 billion in cash and investments. The bank had 197 days of liquidity at the end of 2016, which exceeded the FCA minimum.

Halverson noted that CoBank is dealing with a number of marketplace dynamics that could negatively affect earnings in the year ahead, including intense competition from other lenders, continued margin compression and a sustained low interest rate environment that impacts returns on invested capital. Nonetheless, he said, the bank remains fundamentally sound and well positioned to serve customers.

“CoBank is a unique financial institution with an intrinsically strong business model,” Halverson said. “Under the guidance of our board, we remain focused on fulfilling our mission and building the financial strength and flexibility of the bank for the long term.”

CoBank will provide more information about its 2016 financial results at its ongoing series of regional customer meetings, which will take place in multiple cities around the country through April of 2017. Managers and directors of any CoBank borrower are invited to attend these meetings, as are representatives of all Farm Credit institutions. For complete details about the meeting program, please visit the bank’s meetings page at www.cobank.com/meetings.

In addition, the bank will hold its annual year-end earnings conference call and webcast at 2 p.m. Eastern Time on Tuesday, March 7. The 60-minute call will feature a presentation of 2016 financial highlights and Q&A with CoBank executives and the chairman of the board.

CoBank is a $126 billion cooperative bank serving vital industries across rural America. The bank provides loans, leases, export financing and other financial services to agribusinesses and rural power, water and communications providers in all 50 states. The bank also provides wholesale loans and other financial services to affiliated Farm Credit associations serving more than 75,000 farmers, ranchers and other rural borrowers in 23 states around the country.

The 2016 financial results discussed herein are preliminary and unaudited. CoBank’s audited financial statements for the year ended December 31, 2016 are expected to be available on or about March 7, 2017. Copies of this press release, as well as other information regarding CoBank, including its annual and quarterly financial statements, are available at the bank’s web site at www.cobank.com.