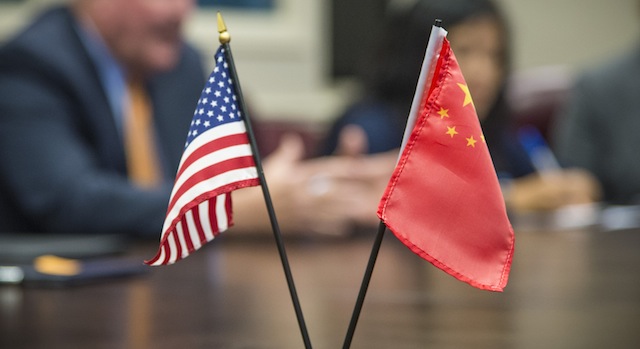 WASHINGTON — Americans for Farmers & Families (AFF), a broad-based coalition of more than 100 food and agriculture stakeholders working to preserve and modernize the North American Free Trade Agreement (NAFTA), today announced a new initiative aimed at protecting America’s agricultural community from retaliation due to tariffs proposed by the Trump Administration against imported steel and aluminum.

“The reality is that the Trump Administration’s tariffs on imported steel and aluminum would result in retaliation from other nations eliminating hundreds of thousands of jobs as evidenced by a recent study. Already, the European Union has produced a list of targets for retaliation meaning billions of import taxes on American products, which directly and negatively impact various agricultural commodities,” said Casey Guernsey. “This is not a hypothetical discussion, it is real job losses and real lack of market access, which will hurt rural families and the agricultural industry.”

In addition to trade retaliation, America’s agricultural community believes the Trump Administration must successfully negotiate updates to NAFTA, which has boosted the U.S. economy by $127 billion annually.

“There are 43 million U.S. jobs that are supported by the food and agricultural industries. And rural voters overwhelmingly voted for President Trump, but that support is not unconditional. This new project by Americans for Farmers and Families will help us communicate with one voice to the Trump Administration that rural and farming communities must be heard, and we expect NAFTA to be preserved and modernized for the 21st Century.”

AFF spokespeople are available for television, radio and print interviews on this subject beginning today.

Easter eggs will cost a bit more this year