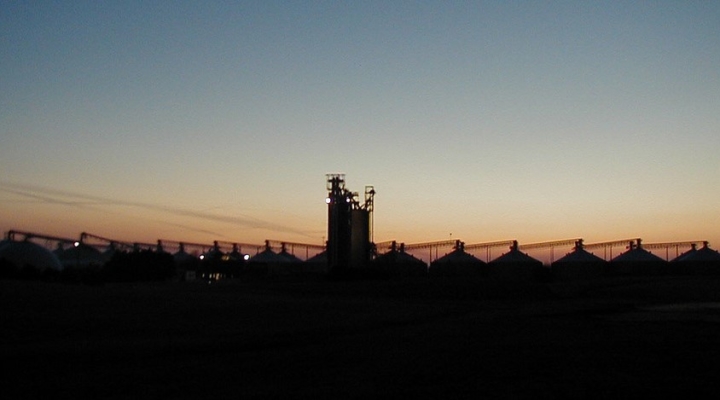 “EPA Administrator Scott Pruitt has had a fire sale on small refiner exemptions for anyone with a stamp and an envelope, making a mockery of the President’s commitment to a 15-billion-gallon RFS for conventional biofuel. This must end. We take no pleasure in having to litigate to protect the integrity of the RFS, but it appears we have no other recourse,” said RFA CEO Bob Dinneen. (tengrrl, Flickr/Creative Commons)

This petition comes days after several ethanol and farm groups challenged three specific small refinery exemptions granted by EPA. While the lawsuit in the Tenth Circuit challenged those exemptions as wrongly decided, this petition to EPA seeks a broader, forward-looking remedy to account for the collective lost volumes caused by the unprecedented number of retroactive small refinery exemptions.

“EPA Administrator Scott Pruitt has had a fire sale on small refiner exemptions for anyone with a stamp and an envelope, making a mockery of the President’s commitment to a 15-billion-gallon RFS for conventional biofuel. This must end. We take no pleasure in having to litigate to protect the integrity of the RFS, but it appears we have no other recourse,” said RFA CEO Bob Dinneen.

The existing regulation for calculating the annual percentage of renewable fuels to be blended into transportation fuel does not provide a means to “true up” the annual standards for any retroactive small refinery exemptions, i.e., exemptions granted after the renewable volume obligations (RVOs) for that year have been finalized. As a result, any volumes covered by such exemptions are lost.

“While our preference would be for EPA to follow the rule of law and make good on the President’s repeated promises to support the RFS, Administrator Pruitt continues to hand small refinery waivers out like trick-or-treat candy so we are left with no other choice than to ask the Court to uphold the RFS as the law of the land,” said ACE CEO Brian Jennings.

“These lost volumes are having a negative effect on the nation’s corn growers at a time when net farm income is projected to hit its lowest point in 12 years,” said NCGA President Kevin Skunes. “When EPA waives these volumes, that translates into lost demand opportunities for corn growers, who expect that EPA should implement and enforce the RFS as intended by Congress.”

“The demand destruction that we are seeing as a consequence of these small refiner waivers has got to stop,” said Roger Johnson, President NFU. “Our nation’s farm families count on the RFS to stimulate demand, and we must hold EPA accountable for its recent subversive actions to undo years of progress.”

“Because EPA issued these retroactive exemptions under the cover of night, our organizations had no choice but to take steps that we hope will bring more transparency and accountability to the small refiner exemption process,” said Donnell Rehagen, CEO, NBB. “This petition is intended to shine some light on a process that has been shrouded in darkness and secrecy, and ensure EPA adopts a process for evaluating waiver petitions that remains faithful to the spirit and intent of the law.”

“The EPA’s dramatically expanded practice of granting small refinery exemptions and failing to reallocate the obligations undermines the RFS and has already reduced volume obligations by hundreds of millions of gallons,” Growth Energy CEO Emily Skor said. “America’s farmers are the ultimate victims of the agency’s giveaways to refiners, and this abuse of power has to stop.”

“EPA’s retroactive waivers have cut more than a billion gallons from the renewable fuel obligations for 2016 and 2017, which has a devastating impact on advanced biofuels. The excess RINs from EPA’s waivers will continue to suppress demand for advanced biofuels for 2018 and 2019,” said Brent Erickson, Executive Vice President of BIO.

RFA, ACE, NBB, Growth, NCGA, BIO, and NFU also filed suit in the Court of Appeals for the District of Columbia Circuit on the same issue. However, the petitioners at the same time requested that the court stay proceedings for a period of time.

Peace is fundamental to reducing hunger