Home / New York / Cloning high sugar maple trees
A new user experience is coming! We'll be asking you to login to your Morning Ag Clips account March 1st to access these new features.
We can't wait to share them with you! Read more here. 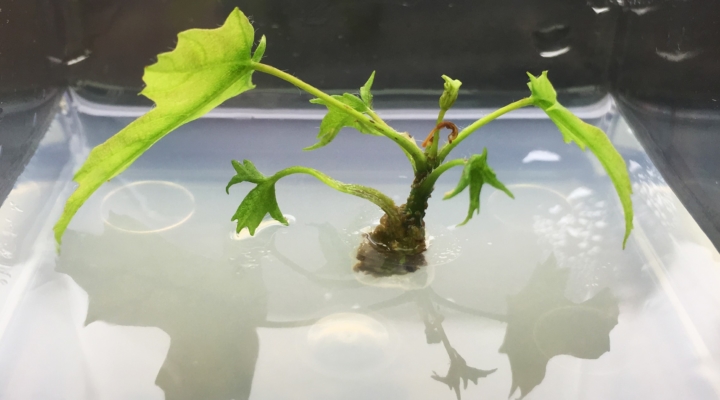 LAKE PLACID, N.Y. — The farmer-driven Northern New York Agricultural Development Program has posted the first results of a project evaluating the opportunity to clone high sugar maple trees. The long-term goal is to produce rooted “sweet tree” clones that maple producers can plant to enhance their sugarmaking operations. The report is available at www.nnyagdev.org.

“If producers can plant and harvest from trees with naturally higher sugar sap concentrations, productivity would increase and costs would decrease. If we can clonally propagate what are known as ‘sweet trees,’ there would be an opportunity to establish a nursery crop industry as well,” says Perry.

The concentration of sugar in the sap of maple trees varies year-to-year, by environment, planting site, and the genetics of individual trees. Research by the U.S. Forest Service and Cornell University has identified high sugar-producing trees in New York and Pennsylvania; the University of Guelph has done likewise in Ontario, Canada.

In 2016, Perry visited the University of Guelph laboratory that successfully established buds from a high sugar-producing mother tree in vitro in sterile media. This is the first step toward clonally propagating maple trees with any desired trait, including high sugar concentration.

In April 2017, Perry and Orefice measured late season sugar concentrations in maple trees tapped at the Uihlein Maple Research Station and took cuttings from the higher sugar trees. A total of 433 buds were removed from the cuttings, surface-sterilized, and put onto sterile tissue culture media in the laboratory at the Cornell Uihlein Foundation Seed Potato Farm, directed by Perry.

As of December 31, 2017, three buds, representing three separate clonal lines, were alive and growing well. The researchers divided them into a total of seven plants.

The lessons learned so far about how to improve bud collection to enhance survivability have been identified for use in 2018 to establish additional plant lines from other high sugar trees.

“As an outcome of the investment of the Northern New York Agricultural Development Program in this innovative research, support to continue the work in 2018 is being made available through the College of Agriculture and Life Sciences at Cornell University,” Perry noted.