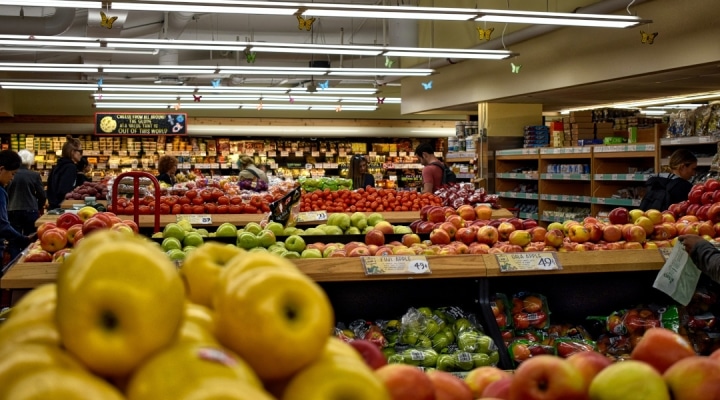 The strategies needed to decarbonize the agriculture, forestry, and other land use sectors, however, may cause food prices to soar, which may have a potential negative impact on food security. (Photo by Rob Maxwell on Unsplash)

LAXENBURG, Austria — Many countries have set carbon neutrality as a policy goal, but according to a new study by an international team of researchers from IIASA, Japan, and the US, there are various risks associated with the reduction of greenhouse gases, especially in the agriculture, forestry, and land use sectors, that need to be considered when formulating mitigation strategies.

While eliminating emissions from the energy sector is undoubtedly a step in the right direction to reach the goals of the Paris Agreement, agriculture, forestry, and other land use accounted for 20-25% of global greenhouse gas emissions in 2010. According to the authors of the study just published in Nature Food, both the magnitude of baseline emissions and the impact on other Sustainable Development Goals when trying to mitigate these emissions, means that this sector cannot be ignored in the context of meeting ambitious long-term climate change mitigation targets.

The strategies needed to decarbonize the agriculture, forestry, and other land use sectors, however, may cause food prices to soar, which may have a potential negative impact on food security. The authors suggest three main reasons for this. The first of these is increased costs associated with methane and nitrous oxide abatement. Secondly, current decarbonization strategies could cause intensified competition for land due to the expansion of bioenergy crops; and lastly, they could lead to a higher value being placed on forest carbon to sequester additional carbon and prevent large-scale plantations and bioenergy crops from encroaching on forestland. Although these factors are thought to affect agricultural markets through different mechanisms, it is still uncertain to what extent they could affect future agricultural prices and food security.

“Previous studies have pointed out that decarbonization strategies in the agriculture and land use sectors could lead to higher food prices and potential negative impacts on food security, but it has not been clear which of the three main factors would have the greatest impact. In this study, we used six global agricultural economic models to show the extent to which these three factors would change the agricultural market and food security situation under a decarbonization scenario,” explains Shinichiro Fujimori, a guest researcher in the IIASA Energy, Climate, and Environment Program and lead author of the study.

Considering only socioeconomic conditions such as future population growth and economic level improvement, the findings indicate a population at risk of hunger in 2050 of around 420 million people.

If all three of the above greenhouse gas reduction measures for agriculture and land use are implemented, the international food price will increase by about 27%. This would lead to a decrease in food consumption among the poor in developing countries, which would in turn lead to an estimated additional 120 million people at risk of hunger.

Of the above additional hunger risk, it was estimated that about 50% would likely be due to large-scale afforestation, and 33% to increased costs of methane and nitrous oxide abatement, while 14% could be ascribed to the expansion of bioenergy crops. The study also estimates that large-scale afforestation could account for nearly 60% of the increase in international food prices, followed by the increase in the cost of methane and nitrous oxide reduction, which accounts for about another 33%.

From a regional perspective, the impact is not uniform, with methane and nitrous oxide reduction costs having a greater impact in Asia, and large-scale afforestation having a greater impact in Africa. According to the authors, this can be attributed to the fact that methane emissions from rice cultivation account for a large proportion of the breakdown of greenhouse gas emissions attributable to the agricultural sector in Asia.

“Traditionally, the expansion of bioenergy to achieve negative emissions has been discussed as a food security concern. However, it turns out that other factors are rather more significant, particularly in general equilibrium models,” notes Stefan Frank, a researcher in the IIASA Integrated Biosphere Futures Research Group and one of the study authors.

The researchers caution that, since all emission reduction measures in their study are expressed by assuming a uniform global carbon tax, the results should be used with caution. For example, afforestation and forest protection are represented by assuming that carbon stocks in forests will be taxed by carbon taxes. The model estimates that this would greatly increase the potential value of land, raise the cost of agricultural production, and increase food prices. Whether such a measure will really be taken needs to be scrutinized. On the other hand, previous studies have highlighted that bioenergy crops can erode forests on a large scale if the carbon stored in forests is not properly valued. It is also assumed that methane and nitrous oxide will be subject to the same carbon taxes as carbon dioxide.

“Unlike carbon dioxide from fossil fuels, it is not so easy to measure these emissions, so we need to be careful about generalizing our model assumptions. Similarly, the actual risk of hunger in response to agricultural price increases or mean food consumption decreases is difficult to elucidate due to the complex nature of hunger and poverty,” says study coauthor Petr Havlik, IIASA Integrated Biosphere Futures Research Group leader.

With that said, the study’s results are important in that they highlight the complexity and challenges in the implementation of decarbonization measures in agriculture, forestry management, and other land use from multiple angles. This could be helpful to ensure better coordination in emissions reduction and agricultural market management policies, as well as better representation of land use and associated greenhouse gas emissions in modeling.

The International Institute for Applied Systems Analysis (IIASA) is an international scientific institute that conducts research into the critical issues of global environmental, economic, technological, and social change that we face in the twenty-first century. Our findings provide valuable options to policymakers to shape the future of our changing world. IIASA is independent and funded by prestigious research funding agencies in Africa, the Americas, Asia, and Europe. www.iiasa.ac.at