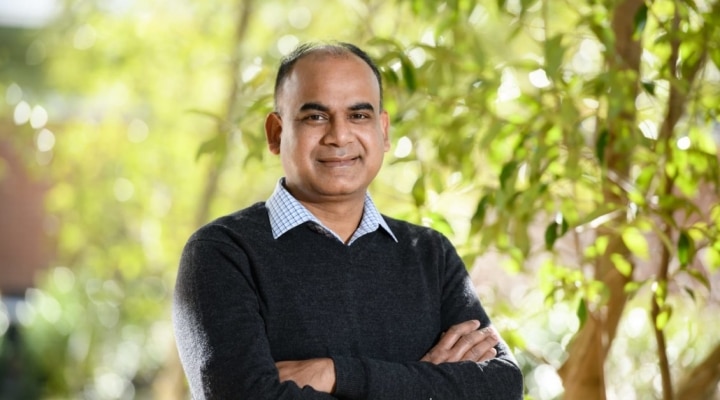 Ashok Mishra of Clemson University is helping the world predict how the changing climate will affect global water supplies, research that is taking on heightened urgency as weather becomes more extreme. (photo by Clemson University)

CLEMSON, S.C. — Ashok Mishra of Clemson University is helping the world predict how the changing climate will affect global water supplies, research that is taking on heightened urgency as weather becomes more extreme.

Mishra, an associate professor of civil engineering, said Earth Day serves as a reminder that the globe should prepare for changes already underway.

“The climate is changing, and it’s going to increase extreme events,” Mishra said. “We have to take it seriously.”

Mishra said the globe is already starting to see extreme weather, from South Carolina’s historic flooding in 2015 and 2018 to the past year’s wildfires, extreme heat and flooding in Australia.

As part of their research, Mishra and his students analyze decades of climate data, such as precipitation and temperature records. They find trends and predict what the world can expect as global temperatures rise.

Two of his recent publications have received some buzz in the academic community.
Mishra was corresponding author on a paper that was published in Nature Communications and selected among the “Editor’s Highlights.”

This map shows how various precipitation regions — also called regimes— are distributed throughout the world, according to research involving Clemson University’s Ashok Mishra. Areas in dark orange are most vulnerable to extremes in wet and dry seasons, a trend expected to become more intense as the climate changes, researchers found.

The team found that climate change is causing the wet season to get wetter and the dry season to get drier in many parts of the world, complicating efforts to manage reservoirs and irrigate crops, according to the paper.

The regions that will be hardest hit by climate change are the ones that already get slammed with rain during wet seasons and struggle with drought during dry seasons, researchers found. They include much of India and its neighbors to the east, including Bangladesh and Myanmar, along with an inland swath of Brazil, two sections running east-west across Africa, and northern Australia, according to the study.

A separate research paper was published in the journal Geophysical Research Letters and then covered by EOS, both publications of the scientific organization AGU.

In that paper, Mishra and Ph.D. student Sourav Mukherjee found that several regions around the world are experiencing heat and drought at the same time with increasing frequency, duration and severity.

Mishra and Mukherjee analyzed temperature and precipitation records from 1983 to 2016 for the paper. The key innovation was to look at daily and weekly data, rather than monthly data, as has been done in past research. The more granular analysis provides a better picture of risks associated with simultaneous heat and drought, they said.

Mishra said that what excites him most about his climate-change research is that he has the chance to have a direct impact on a challenge affecting society. It frustrates him, though, that there isn’t more coordination to prepare.

“There should be a proposed strategy to minimize the impact of these extreme events in the future,” he said. “We need stronger communication between policymakers, stakeholders and researchers. We should have more of that in the future.”

Jesus M. de la Garza, chair of the Glenn Department of Civil Engineering, said that Earth Day is a fitting time to raise awareness about what humanity can expect from the globe’s changing climate.

“Dr. Mishra’s research provides a look at how water supplies around the world could be affected by climate change,” he said. “With this knowledge, stakeholders, policymakers and researchers are better positioned to work in tandem to prepare for a more sustainable future.”

Mukherjee, who wants to teach after receiving his Ph.D., said he chose Clemson because of how many times one of Mishra’s earlier research papers on drought was cited by other researchers, a measure of its impact. He knew drought would be a tough topic but delighted in the challenge.

“Nature is complicated,” Mukherjee said, “and there is no fun in solving simple things.”