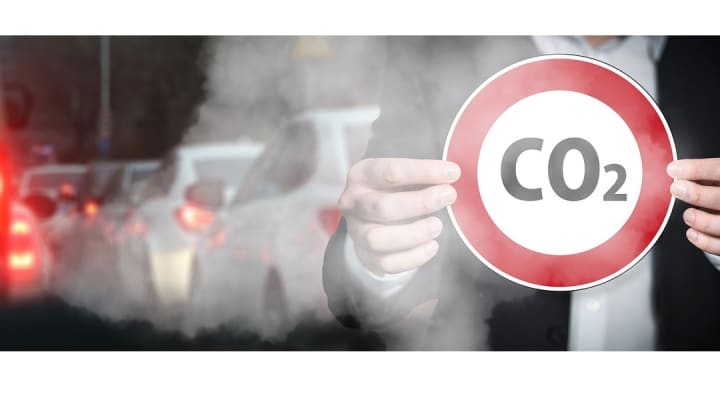 CO2 (Carbon dioxide) in our atmosphere can be removed naturally or artificially and sequestered in our soils; how much is in yours? (Courtesy Photo)

MORRISVILLE, N.Y. — Three immense issues in and of themselves, yet the future of each is inextricable from that of the others. The ongoing change in global and regional climate patterns is attributed largely to the increased levels of atmospheric carbon dioxide produced by the use of fossil fuels and other human activities. One possible solution to climate change may be carbon sequestration, which is the natural or artificial removal of carbon dioxide from the atmosphere, where it is held in solid or liquid form.

In agriculture we think immediately of soil and how carbon can be held and used there, which leads us to what is known as regenerative agriculture. This loosely-defined set of holistic land management practices aims to leverage the power of photosynthesis in plants to close the carbon cycle and build soil health, crop resilience, and nutrient density, all of which lead us right back to the discussion of climate change, carbon sequestration and soil health. According to the Northeast Organic Farming Association (NOFA), soil health relates to the amount and diversity of life harbored in the soil. And the living portion of soil—its organic matter— is about 57% carbon. With this in mind, NOFA has developed a series of tests that can help farmers get a better understanding of their soils’ carbon potential by looking at the physical and biological nature of their soils.

In Madison County, the United Climate Action Network (UCAN) and its agriculture subcommittee have been discussing these many issues since their annual summit last fall. As part of the work the subcommittee is striving to bring to the county, they are seeking approximately 15 farms to begin a pilot program for soil carbon testing that will give more insight into CO2 cycling and the amount of active carbon in local soil.

If you would like more information on the testing being done in Madison County or if you are interested in having your farm’s soil tested as part of the project this year, please register here: https://reg.cce.cornell.edu/ucantesting_225 for more information.

Morra Scholarship deadline extended to May 1

California could cut off water from thousands of farmers
July 25, 2021