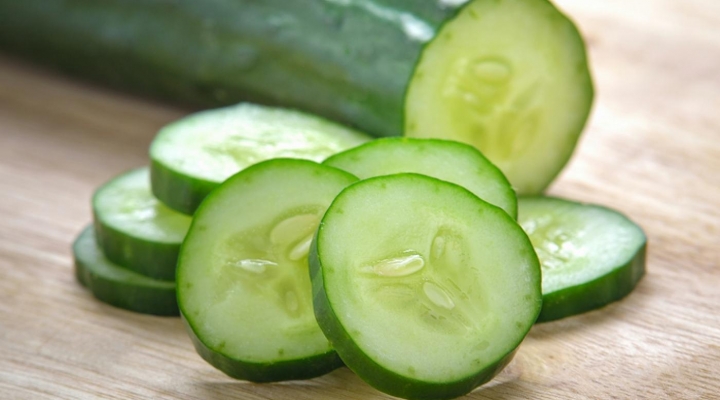 It is a water mold that destroys plant foliage and is common on cucurbits, a family of plants that includes cucumbers, various melons, squashes and gourds.

“Downy mildew is the No. 1 disease of cucumber in South Carolina,” Keinath said. “Our study found 72% of the crop was lost to the disease for cucumbers planted late, as compared with 0% loss for cucumbers that were planted early.”

For his study, Keinath planted a spring crop of slicing cucumbers in 20 plots of 3 rows each at the Coastal REC between March 20 and May 10.

The study shows it is important growers plant cucumbers nearer the beginning of the planting period before temperatures get warm. Outbreaks most often occur during mild, wet weather, when rainwater washes spores out of the air onto leaves. After infecting a plant, downy mildew will continue to spread, even in dry weather, if temperatures stay above 60°.

“Planting earlier will help ensure the crops are harvested before downy mildew sets in,” he said.

In addition, planting early can result in higher yields. The study shows cucumbers planted on March 24 yielded 1,648 cartons per acre, while cucumbers planted on May 12 yielded 930 cartons per acre. Twelve harvests were made on the 20 plots and consisted of plots treated with fungicides and plots not treated with fungicides. Each carton held 53.3 pounds of cucumbers.

Downy mildew is caused by the oomycete Pseudoperonospora cubensis mold. It does not overwinter in South Carolina but spreads from more southern states via wind-blown spores and can travel up to 1,000 miles in two days.

Cucurbit downy mildew also can be spread through infected transplants. The disease begins as dark, irregular spots that spread quickly on plants’ leaves, causing them to curl and ultimately leading to a reduction in photosynthesis that can interfere with the development of cucumbers.

Growers can use The Cucurbit Downy Mildew Forecast map to determine where downy mildew has been reported during the current year. The site also predicts where spores will spread from known sources and where weather will be favorable for a new outbreak in the next 48-72 hours.

Keinath will join Clemson Cooperative Extension Service vegetable weed scientist Matt Cutulle and entomologist Thomas Bilbo for a cucurbit preplant meeting Feb. 8. This meeting will be held from 9 a.m. to 2 p.m. at the Edisto Research and Education Center, 64 Research St., Blackville, SC 29817, and is intended for commercial and fresh market growers. Researchers will discuss current and emerging issues in cucurbit production.

Everyone interested in attending the meeting is asked to pre-register by Feb. 4. All participants are asked to follow COVID-19 protocols including; wearing masks, social distancing and using hand sanitation or washing hands often. Masks and hand sanitizer will be available at the door.