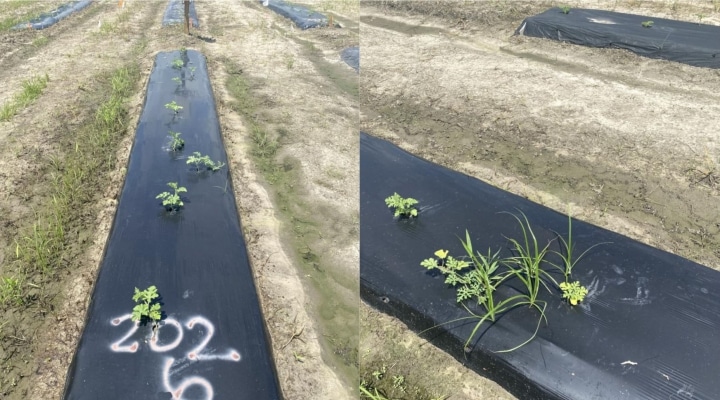 A Clemson University researcher believes using on-farm carbon waste, as well as growing certain cover crops, may help provide less costly carbon sources and allow more growers to use ASD for their crops. Recycling agricultural waste streams for ASD reuses carbon that would otherwise be a waste product and also make ASD less reliant on carbon sources, such as molasses and chicken manure, that have to be shipped or manufactured elsewhere. (Clemson University)

CLEMSON, S.C. — Anaerobic soil disinfestation (ASD) is a soilborne disease management strategy proven effective against a wide range of pathogens in organically-grown crops. But the need for expensive carbon hinders its use by many growers.

A Clemson University researcher believes using on-farm carbon waste, as well as growing certain cover crops, may help provide less costly carbon sources and allow more growers to use ASD for their crops. Recycling agricultural waste streams for ASD reuses carbon that would otherwise be a waste product and also make ASD less reliant on carbon sources, such as molasses and chicken manure, that have to be shipped or manufactured elsewhere.

In addition, using innovative farming practices such as organic agriculture production is one way farmers can address changes in the climate.

Matthew Cutulle, assistant professor of vegetable weed science housed at the Clemson Coastal Research and Education Center (REC) in Charleston, S.C., is leading a study funded by the United States Department of Agriculture National Institute of Food and Agriculture (USDA-NIFA) that focuses on improving organic vegetable production in the southeastern United States.

“We will bring together growers, Land Grant University researchers and private industry to develop methods to identify agricultural carbon waste streams for promoting the use of ASD,” Cutulle said. “We also will discuss strategies regarding using cover crops as carbon sources.”

ASD is a disease management technique used to reduce or eliminate soil pathogens, first used in 2000. It was developed as an alternative management strategy to soil fumigation and involves applying organic matter (carbon source) to soil, followed by irrigation, to create an environment toxic to diseases, nematodes, weeds and insect pests.

Despite its positive effects on agriculture, ASD is not widely used, mainly because of high carbon-source costs.

Growing cover crops is one strategy used for soil carbon sequestration. Bacteria, fungi, earthworms and other soil organisms feed on roots and shoots of cover crops, increasing soil organic matter. During this study, researchers will survey different types of cover crops to evaluate the potential for using ASD to increase vegetable yields in the southeastern United States.

In addition to looking at on-farm carbon waste, the researchers also will study the potential to use offsite carbon waste streams, such as carbon waste generated from canneries and vegetable processing facilities. In addition to Cutulle, other Clemson researchers involved in the study are: Sruthi Narayanan, Bhupinder Farmaha, Sandra Branhamand Brian Ward. Researchers from other universities are: Juan Carlos Diaz-Perez from the University of Georgia and Xin Zhao from the University of Florida, and Angela Rainwater from Growers for Grace.

The Earth’s average surface temperature has increased 1.3 degrees Fahrenheit over the past century, and is projected to increase by an additional 3.2 to 7.2 degrees over the 21st century. In Agriculture, Climate Change and Carbon Sequestration, the USDA-National Sustainable Agriculture Information Service (ATTRA) states innovative farming practices such as conservation tillage, organic agriculture production, improved cropping systems, land restoration, land-use change, and irrigation and water management are ways farmers can address changes in the climate.

In addition to Cutulle, other Clemson researchers also are involved in carbon research. Tom O’Halloran, Marzieh Motallebi and Bo Song from the Clemson Belle W. Baruch Institute of Coastal Ecology and Forest Science are conducting carbon and water cycling research aimed at providing new data and landowner options to restore longleaf pine forests. This research is done in partnership with The Nature Conservancy (TNC), and is supported by a grant from the National Fish and Wildlife Foundation (NFWF) and funding from International Paper.

In another study, Clemson graduate student Lucas Clay is working with O’Halloran, Motallebi and Song to educate South Carolina forest landowners about carbon credits and how these credits can be sold in different offset markets. Active forest management that maximizes carbon sequestration through thinning, prescribed fire and uneven-aged harvesting are typical activities allowed under improved forest management protocols for carbon credit generation. These types of forest management activities and conservation can provide South Carolina landowners with an additional or primary income stream when the credits are sold to the carbon market.

Organic products are the fastest growing agricultural segment in the United States, but low soil organic carbon, meager soil fertility and poor soil structure are keeping South Carolina farmers from reaping the benefits of this market. Rongzhong Ye, an assistant professor at Clemson’s Pee Dee REC in Florence, is leading a team of researchers studying how to improve soils to support organic vegetable production. They strive to better understand how organic inputs and tillage affect soil biogeochemical processes essential for supporting soil health. The researchers are studying soil microbial communities, carbon dynamics, nutrient processes and changes of soil health, as well as yields and nutritional quality of organic vegetables.

At the Musser Fruit Research Center, part of the Piedmont REC, a team of researchers led by associate professor of pomology Juan Carlos Melgar is investigating ways to improve soil health. The researchers are studying how soil amendments such as compost and hardwood mulches may help improve the soil of peach orchards for future peach crops. Enhancing soil health and fertility can reduce fertilization costs of growing peaches and other produce, boost production, increase water-use efficiency, as well as improve long-term profitability and overall environmental sustainability as the world grapples with how to feed a growing population.

Additional information about carbon-related research conducted at Clemson University can be found at https://bit.ly/CU_CarbonResearch.

Cutulle’s study is funded by the United States Department of Agriculture, National Institute of Food and Agriculture (USDA-NIFA) Award No. 2021-51300-34897. Any opinions, findings, conclusions, or recommendations expressed in this material are those of the authors and do not necessarily reflect the views of the USDA-NIFA. 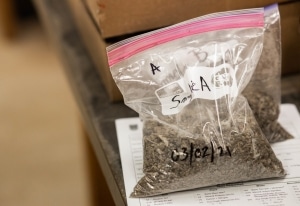 ATHENS, Ga. — As climate issues capture governmental and public attention — from the effects of methane emissions to weather extremes — it is incumbent on the world to take action. Specialists in disciplines throughout the University of Georgia are pursuing research to mitigate climate change, and experts in the College of Agricultural and Environmental […] 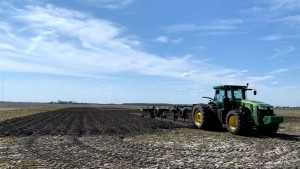