Home / Georgia / Clemson aims to boost organic rice production in salty coastal SC through federal grant
A new user experience is coming! We'll be asking you to login to your Morning Ag Clips account March 1st to access these new features.
We can't wait to share them with you! Read more here. 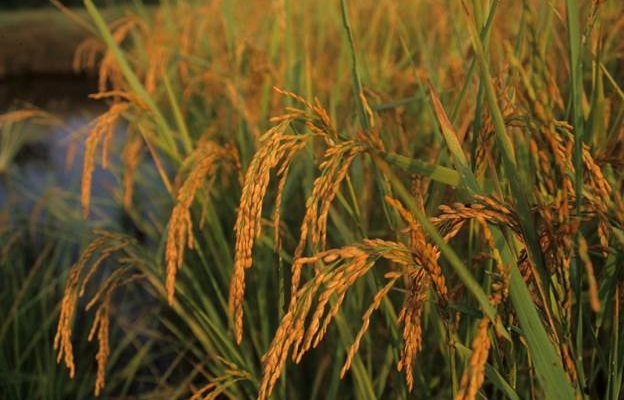 A Clemson University-led project aimed at reviving South Carolina’s rice industry has nabbed a federal grant to further its efforts. Given the acronym iCORP — Increasing Coastal Organic Rice Production in South Carolina Using Salt Tolerant Cultivars — it tackles many issues regarding the environment and agriculture that researchers believe it could become a model research project for climate resilience in agriculture. (photo by Clemson University)

Given the acronym iCORP — Increasing Coastal Organic Rice Production in South Carolina Using Salt Tolerant Cultivars — it tackles many issues regarding the environment and agriculture that researchers believe it could become a model research project for climate resilience in agriculture.

“The potential of this moving forward is tremendous … because if you can do it with one crop, you can do it with other crops. You’re talking about salt tolerance and climate change. If you’ve been able to impact the world’s food supply on that kind of level, that’s Nobel Peace Prize-type stuff,” said Clemson Assistant Professor and Organic Vegetable Specialist Brian Ward.

The grant is part of the federal Organic Transitions Program funded by the National Institute of Food and Agriculture, which focuses on supporting the development and implementation of research, extension and higher education programs to improve the competitiveness of organic crop producers and those who are adopting organic practices.

South Carolina’s premier rice cultivar, “Carolina Gold,” is salt-sensitive. It has been a staple of the food and culinary ways of Charleston dating back to colonial days and antebellum days — all the way through the present. But for a long period of time after the Civil War, Carolina Gold rice production dwindled down to nothing.

“It’s only a matter of time before that plume stretches all the way up to Charleston and further up the coast as we continue tapping into the aquifers and gathering water that has to be replaced by something, and the closest thing is water from the estuary that has a major salt component to it,” Ward said.

That land then becomes marginal land, which is not necessarily fit for agriculture but rather becomes marsh or wetland — roughly 200,000 acres in South Carolina.

The Carolina Gold Rice Foundation (CGRF) has been a driving force in reviving the classic ingredients of Southern food, crops abandoned in the 20th century when productivity and disease resistance mattered more than flavor and nutrition in agriculture. But with technological advances, these days Carolina Gold rice is a standard for the regional culinary world.

“Soil science and organic agriculture is very important, because you can’t grow these old, heirloom grain varieties using modern, conventional, chemical-supplementation methods,” CGRF Chair David Shields said. “Organic cultivation, which is much more adjusted to the growing profiles of particular plants, is the best way to cultivate these heirloom varieties.”

That is because organic rice grown in salt-affected soils will have the potential for less weed infestations and thus will need less hand-weeding — reducing labor costs and, in turn, increasing growers’ profitability.

Marginal lands inundated with saltwater that would otherwise not be used for organic production — as well as any food crop production — could be planted with salt-tolerant rice, increasing the acreage and production of organic agricultural commodities in South Carolina.

“We’re talking tens of thousands of acres is what we’d like to see in the future,” Ward said. “So, a complete restoration of the rice industry in South Carolina is what I’d like to say. But baby steps first — we’ve got to prove that that we can do this.”

“We may also be able to help rehabilitate the health of soils within these lands using salt tolerant rice cultivars so that other heirloom crops could be grown,” White said.

The AFRI Foundational and Applied Science Program is part of the National Institute of Food and Agriculture, which provides leadership and funding for programs that advance organic and conventional agriculture-related sciences by investing in and supporting initiatives that ensure the long-term viability of agriculture.

The greenhouse studies will be performed on both Clemson’s main campus and at its Coastal Research and Education Center (REC) in Charleston. Additional field trials will be performed at the Coastal REC and in growers’ fields. The overall goal of the project is not only to increase organic rice production in coastal South Carolina on salt-impacted lands, but also to make a positive economic impact on the state’s organic rice industry. The research is to be conducted over four years from October 2021 to September 2025.

This Clemson-led research and extension project in collaboration with DBNRRC will detail cultivation practices and economics of growing rice in salt affected coastal areas, enabling growers to make informed decisions. And ultimately, new cultivars would expand acreage under organic rice production, while ensuring the economic stability of producers and enhancing ecosystem services.

“We just have to overcome the hurdles involved in growing rice in coastal areas, including salt tolerance,” Ward said. “We want to basically be able to create a gradient of rice that can tolerate salt at different levels and produce a different experience of culinary enjoyment, as well as productivity for growers.”

GFB bringing back Harvest for All campaign