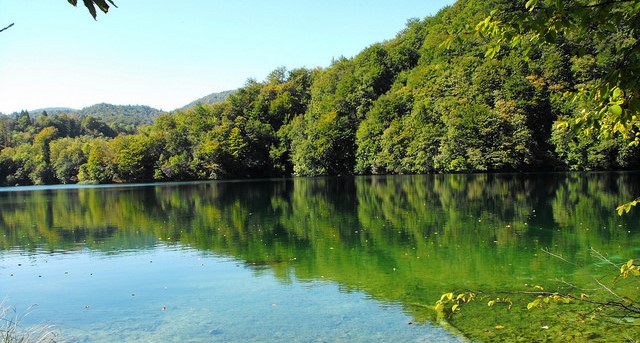 NEWPORT CITY, Vt. (AP) — State environmental officials approved a plan to clean up phosphorous from Lake Memphremagog, the waterway that straddles the border between Vermont and Quebec.

The Caledonian-Record reports officials agreed to move forward with the plan following a public meeting Thursday. Too much phosphorous causes excess algae growth which can lead to harmful bacteria blooms.

The U.S. Environmental Protection Agency recently approved calls to reduce the amount of phosphorous flowing into the lake from the Vermont side of the border, by 29 percent.

Despite years of work, pollution has worsened in some of the state’s waterways, especially Lake Champlain where attempts to reduce phosphorous have drawn the most attention.

Scientists have determined the pollution is driven by farming, as well as roads, parking lots and discharges from municipal wastewater treatment.

Last year the EPA signed off on the state’s plan to clean up Lake Champlain by reducing the volume of phosphorous entering the lake. Farms found responsible for the largest amount of the pollution will be expected to do more in the cleanup efforts and make necessary changes.

But phosphorous is an issue in other areas as well.

The Vermont Department of Environmental Conservation Commissioner Emily Boedecker said local and regional partners were vital to the development of the plan for Lake Memphremagog.

“Whether you are a landowner, farmer, municipal official, developer, or logger, as Vermonters, we all have a responsibility to ensure a legacy of clean water for this and future generations,” Boedecker said.

While the focus of the plan is reducing the amount of phosphorous that reaches Lake Memphremagog, it also addresses pollution concerns in 13 additional lakes in the watershed.

In a second hearing, planned for Nov. 14 in Newport, the DEC will go over how the state plans to meet new phosphorus pollution targets for the Lake Memphremagog watershed.