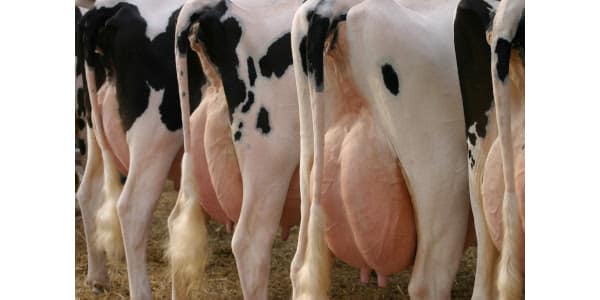 The use of an internal teat sealant is an effective tool to protect cows. (Courtesy of Boehringer Ingelheim Animal Health)

DULUTH, Ga. — Treating cows properly at the beginning of the dry period can have a big impact on the success of their next lactation. While most cows form a keratin plug that seals off the teat canal to prevent the entry of mastitis-causing pathogens, it often doesn’t happen soon enough in today’s high-producing animals. The use of an internal teat sealant is an effective tool to protect cows.

“A cow is most susceptible to getting a new mastitis infection at the beginning of a dry period,” said Curt Vlietstra, DVM, Boehringer Ingelheim. “She’s usually been milking for more than 300 days, and it takes her a few days for the teat end to begin to close up and provide that natural barrier to new infections.”

According to Dr. Vlietstra, an effective internal teat sealant is essentially doing what the cow is supposed to do on her own. “But not every cow forms that plug, and sometimes its formation is delayed,” he said. “When you use an internal teat sealant at dry-off, you’re providing an immediate barrier while the cow is waiting to make her own, and you’re eliminating the risk of infection if she doesn’t.”

Teat sealants provide secondary benefits, as well. “Most of the time, antibiotics don’t last for the length of the dry period, so a cow can be susceptible to intramammary infections before she has that next calf, when her immune system is weaker,” explained Dr. Vlietstra. “Using an internal teat sealant protects cows throughout the entire dry period.” Teat sealants also work well in conjunction with antibiotic therapy when it is needed.

Supplying protection against infections gives the cow’s udder a chance to heal, he added. “So, when she has the next calf and starts the next lactation, she’s able to make good milk — and hopefully a lot of it.”

Steps to a sterile barrier

An effective internal teat sealant provides a sterile barrier between the udder and its environment. Thorough cleaning of equipment and the animal are essential during sealant application and removal.

Following these steps will help to ensure no pathogens are introduced:

“Using a colored teat sealant adds to application convenience, and makes it easy to distinguish from the milk during removal at calving time,” concluded Dr. Vlietstra. “It’s much easier for employees to recognize, and as a result, they have more consistent success with sealant clean-out.”