Home / Iowa / Clay County Fair celebrates record numbers
A new user experience is coming! We'll be asking you to login to your Morning Ag Clips account March 1st to access these new features.
We can't wait to share them with you! Read more here. 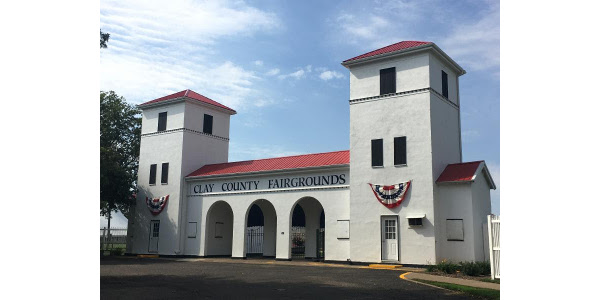 Weather was abnormally warm and sunny for the duration of the nine days with the exception of rain on Sept. 15 and Sept. 16. (Courtesy of Clay County Fair)

Weather was abnormally warm and sunny for the duration of the nine days with the exception of rain on Sept. 15 and Sept. 16.

“We were blessed with great weather,” said Fair Manager Jeremy Parsons. “When you take that weather, and mix it with great programming and improvements to the fairgrounds, you have the right recipe for a fantastic fair.”

The Fair also had a new look with the opening of the new Tower Gate Pavilion located on the east side of the fairgrounds, and the remodeling of the Photography Center, Fields and Gardens Building, and the Ag Marketplace. The Family Place, located in the old Administration Building, was also introduced to assist fairgoers of all ages.

New foods represented only a fraction of the shopping experiences found at the 2017 Fair, which again boasted the largest farm machinery and agriculture equipment show at any fair in the United States. Nearly 500 vendors participated at the Fair. Winners of the commercial exhibits awards for best displays went to Okoboji Mercantile (best indoor exhibit), Sheldon Power (best outdoor exhibit) and The Branding Iron (best food/beverage concession).

The Events Center Ballroom hosted two first-time events, The Browns in concert on Sept. 11 and Curious George Live on Sept. 15.

Standing room crowds flocked to the Outdoor Arena for the Bull Riding Challenge on Sept. 10, which drew an estimated crowd of 1,800, and the finals of the North American Classic Six-Horse Hitch competition, which featured eight hitches competing for $10,000 in prize money.nm,tenderloin sandwich (Terry Town) and Thanksgiving balls (Eat-it Concessions).dmin

Other competitions gave fairgoers the opportunity to win ribbons, trophies, and more than $95,000 in premium money. Special Centennial contests were held in the Creative Culinary (fried chicken and potato salad), Farm Gadget (“guess the gadget”), and Textiles, Crafts, and Arts departments. Craft beer also made its competitive debut at the Fair.

A record was set in the Big Boar Contest when they winner weighed in at 1,176 lbs.

The Fair remained one of the largest 4-H and FFA showcases in the Midwest with more than 800 exhibitors from 42 counties participating in livestock and static competitions.

For the fourth year, the Fair’s employees and volunteers participated in the HERO program, which recognized employees who were helpful, enthusiastic, represented the Fair professionally and delivered outstanding service. Nine daily winners were selected with an overall “superhero” selected on Sept.17. The crew from the Family Place was selected as this year’s “superhero”.

Talk to the animals on Oct. 7