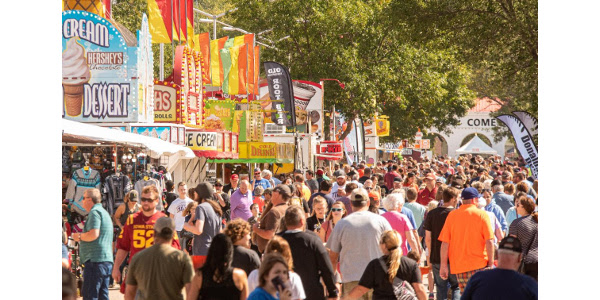 “I have always known that our guests were some of the most loyal and passionate fairgoers anywhere,” said Fair Manager Jeremy Parsons, “and this year they proved it by their positive attitudes and faithful attendance – rain or shine.”

“We were thrown several curveballs particularly in the Sleep Number Grandstand during this year’s Fair,” he said. “However, fairgoers were so patient and supportive as we worked through those issues, especially a concert refund process and the addition of bag checks.”

Parsons continued that the success of the 2019 Clay County Fair can be measured in several metrics, including:

“Inclement weather, which of course is completely out of the Fair’s control, is always the number one factor that affects attendance,” said Parsons. “While the rain may have affected which day our passionate fairgoers attended, it is obvious that they still came out and enjoyed the Fair.”