Home / Texas / Citrus canker is back in Texas 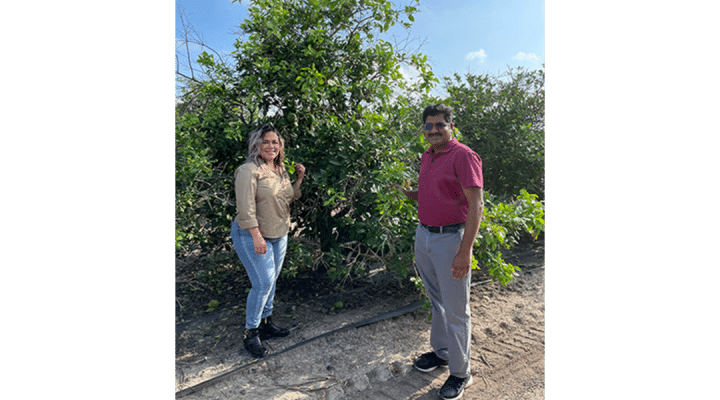 HOUSTON, Texas — First reported in South Texas during the early 1900s, citrus canker was successfully eradicated 70 years ago, last spotted in two Corpus Christi trees in 1943. In 2016, however, the USDA confirmed the presence of the Asiatic A strain, the most severe form of citrus canker, on two sour orange trees in Houston.

More recently this strain has been found in the Upper Gulf Coast area, which poses a significant threat to commercial citrus production in Texas. Valued at over 200 million, the commercial citrus industry is contained entirely in the Lower Rio Grande Valley across 28,000 acres, of which 70 percent is grapefruit and 30 percent is sweet orange. Grapefruit is especially susceptible to strain A, which causes blemishes to the fruit and makes it unmarketable.

In dealing with its own epidemic, Florida invested more than one billion dollars to eradicate citrus canker with limited success. To prevent a similar situation in Texas, the USDA and the Texas Department of Agriculture, in collaboration with the Texas A&M University-Kingsville Citrus Center, are conducting surveys for early detection. They are also removing and properly disposing infected trees and leading public outreach efforts to prevent further spread of the disease.

“Because citrus canker was successfully eradicated over 70 years ago, it is hoped that present efforts to detect and eradicate the disease in Texas again will be successful before it can spread to the Lower Rio Grande Valley,” said Madhurababu Kunta, a plant pathologist with Texas A&M University-Kingsville Citrus Center. “The close cooperation between the federal and state regulatory agencies, the University’s scientists, and the citrus growers organization have resulted in significant progress in attempting eradication.”

To learn more about these efforts with citrus canker in Texas, read “The Return of Asiatic Citrus Canker to Texas: Surveys and Eradication Efforts” published in Plant Health Progress.

Agricultural land values in Texas, U.S higher than a year ago