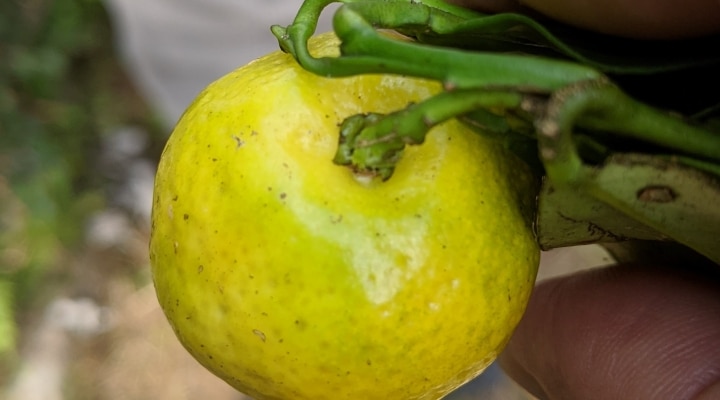 LAKE ALFRED, Fla. —  In the ongoing race to find a solution to the devastating citrus greening disease, University of Florida scientists may find the path to the future by looking to the past.

In a new study, published in Nature Communications, UF’s Institute of Food and Agricultural Sciences collaborated with an international team of scientists and analyzed 69 genomes from the East Asian mandarin family, alongside their mainland Asian relatives, revealing a far-ranging story of isolation, long-distance travel and hybridization.

The resulting tale of plant migration and survival over millions of years should inspire citrus breeders, who are dedicated to finding disease-resistant and tolerant citrus for Florida growers.

How modern citrus developed, particularly the popular mandarin variety, has been a mystery to global citrus breeders. This global partnership of scientists unraveled a big part of the mystery by analyzing the genome sequences of 69 east Asian traditional, wild and atypical citrus.

Their findings? The complexity of many varieties can be traced to three previously unrecognized ancestral lineages, including the discovery of a new wild citrus species native to the Ryukyu islands, a chain of Japanese islands that stretch southwest from Kyushu to Taiwan.

From one lineage, an important citrus trait arose, “apomixis,” or the ability of the tree to reproduce seedlings that are genetically identical to the mother tree; the spread of this trait throughout the broad citrus family was documented, as all oranges, grapefruit, lemons and most citrus rootstocks possess this characteristic.

And, along with the new, wild species identified on the island of Okinawa, this characteristic was responsible in part for the creation and spread of new “hybrid” citrus species native to Japan in a rare evolutionary mechanism. These traditional Japanese citrus, Tachibana and Shiikuwasha, are of great cultural significance, but their origins and relationships with other citrus are long- standing mysteries that now have been revealed. Perhaps most importantly, the results also provide insights into future breeding strategies that may produce more desirable and marketable commercial citrus.

Citrus origins lie in Asia and are documented in Chinese, Japanese and other Asian cultural history, art and literature.

“It is humbling to realize that the fruit we grow and eat today is the result of millions of years of both wild evolution and domestic cultivation,” said Fred Gmitter, UF/IFAS horticulture professor and member of the international research team. “Our findings raise more questions about what other citrus hybrids are out there and what characteristics may be beneficial to us as we look to breed more disease resistant and environmental stress resilient varieties.  Understanding the past is really a window to the future.”

Members of the international team include: Guohong Albert Wu with the U.S. Department of Energy Joint Genome Institute at the University of California-Berkeley; Chikatoshi Sugimoto and Chika Azama – both with the Okinawa Institute of Science and Technology (OIST); Hideyasu Kinjo and Fumimasa Mitsube — both with the Okinawa Prefectural Agricultural Research Center; Manuel Talon with the Instituto Valenciano de Investigaciones Agrarias; and Daniel S. Rokhsar with OIST, the Joint Genome Institute and the Department of Molecular and Cell Biology at UC-Berkeley.

Automatic calf feeders to be discussed in upcoming webinar